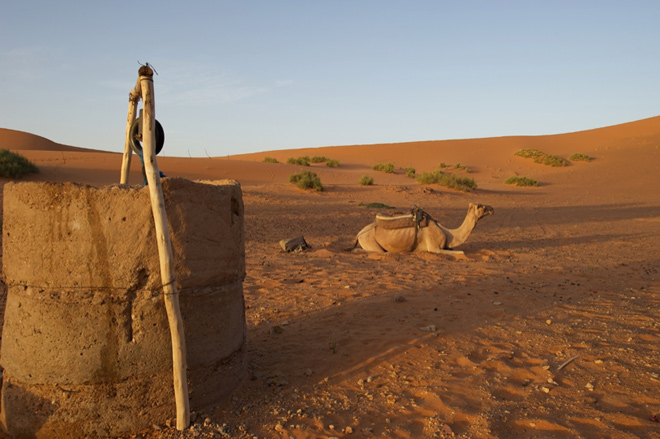 Last week groundwater was in the news again – but for all the wrong reasons. As you know Van Walt likes to think of itself as all things groundwater so it’s not surprising we read the relevant articles with interest.

If you read the BBC’s article: Earth’s underground water quantified about new research led by Canada and published in the journal Nature Geoscience. The article claimed to quantify the total amount of groundwater stored on the planet as approximately 23 million km3 and if this figure is hard to visualise, imagine the Earth’s entire land surface covered in water some 180 m deep – a lot of water!

Good news you might think – but all is not what it seems. The water stored in aquifers below the surface is, in many cases, extremely old and it has been estimated that only 6% of it is useable by people – and this percentage is reducing annually. We’re using our groundwater resources too fast — faster than they’re being renewed through natural sources.
What makes the problem more pronounced is where most of the modern groundwater is located – in tropical and mountain regions like the Amazon Basin, the Congo, Indonesia, North and Central America and the top of South America. Arid regions, where the need is greatest have, not surprisingly, less useable groundwater. Follow the numbers and you quickly discover that this lack of groundwater may threaten 1.7 billion people and numerous groundwater-dependent ecosystems.

To state that this ‘modern’ groundwater which is closer to the surface and more easily extractable is a vital resource that needs to be managed better is – stating the obvious. Groundwater has become a finite resource and with one third of all our drinking water in the UK coming from groundwater it is hardly surprising that new groundwater vulnerability maps are in development in line with the UK’s Groundwater Protection Policy (GP3) and the Water Framework Directive (WFD).

For everyone in the field monitoring, measuring and sampling this essential resource Van Walt has a range of level loggers, pumps, meters, samplers, filters and bailers to help. We have introduced a range of passive samplers, to further reduce the environmental impact of sampling this critical resource.