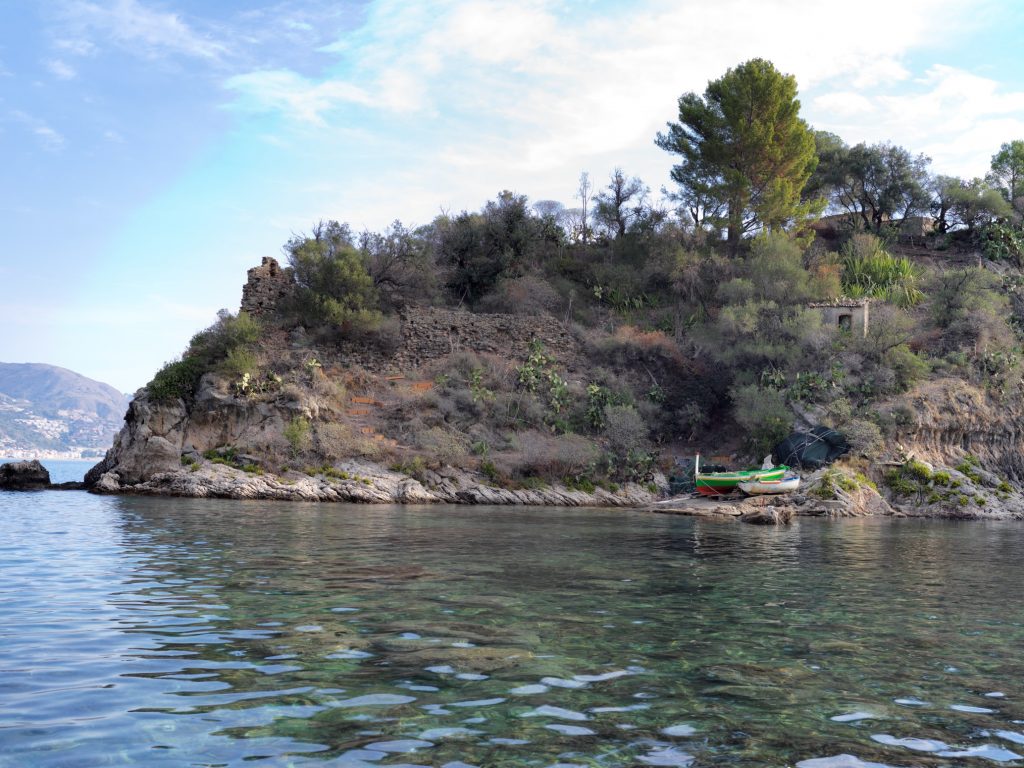 If you have never seen the TV series “Montalbano” you’ve been missing a treat. The intuitively brilliant detective played by Luca Zingaretti follows the books by the Italian author Andrea Camilleri. The dramatisation sees Montalbano in his native and much loved Sicily surrounded by all manner of wonderful charachters, most importantly Mimi, womaniser and second in command, Fazio his trusted inspector, Catarella, the excitable general factotum, Ingrid, his Swedish friend, Adelina, housekeeper and wonderful cook and not to forget his long standing “fidanzata” Livia. They all make the series enduring and charmingly exciting. 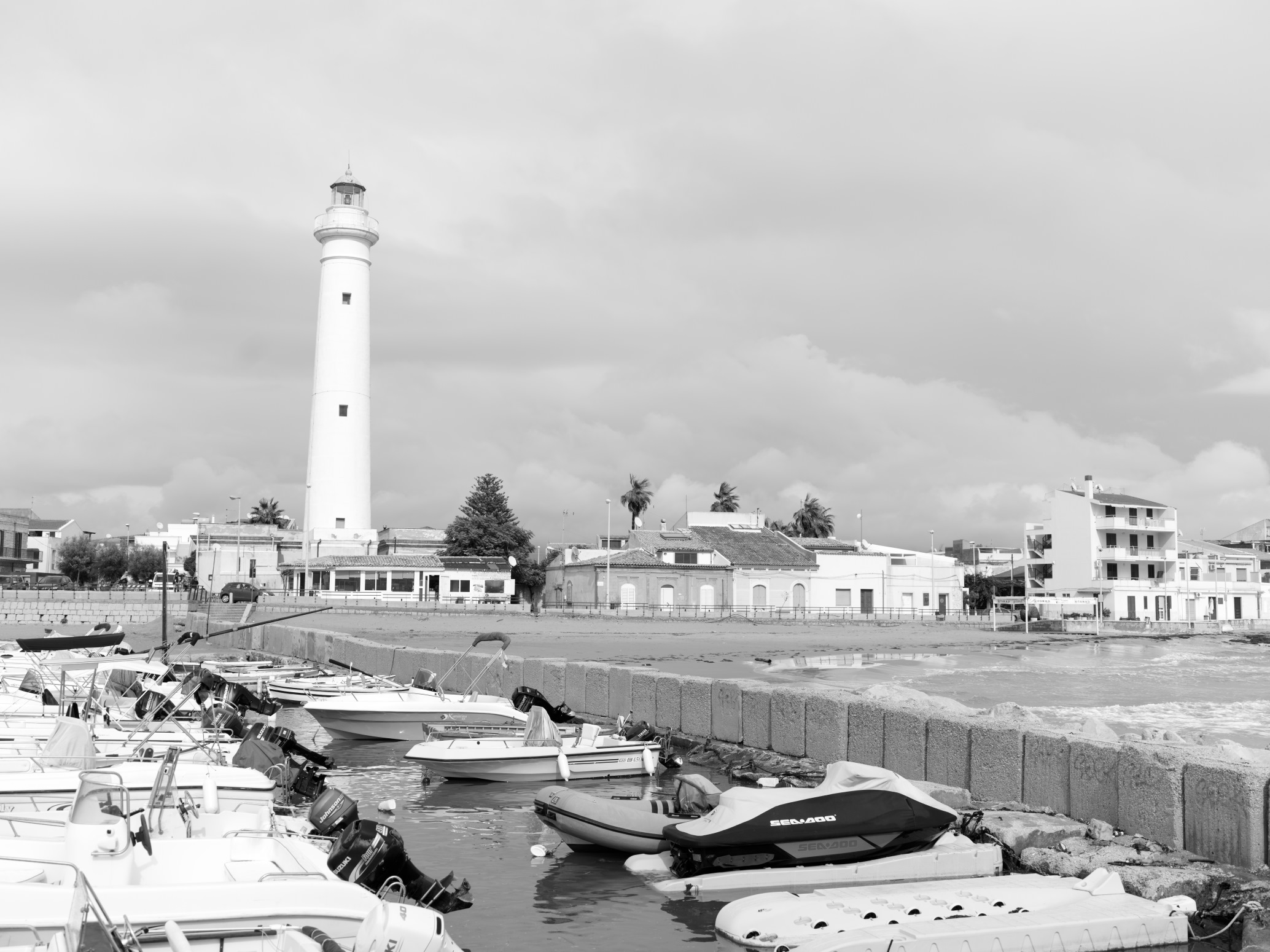 Montalbano was the prompt that invited us to visit Sicily, a volcanic island strategically placed on the southern shores of mainland Italy. Over the centuries it has seen colonisation by all manner of civilisations and this can be seen in the architecture which goes as far back as the Greek times. It appears that we were not the only pilgrims to follow the Montalbano trail. Ragusa, Ibla, Scicli are all shrines to the great inspector and they are visited by tourists from all parts of the world. We cannot therefore think of any other place which attracts so many visitors to view the places portrayed in a work of fiction. 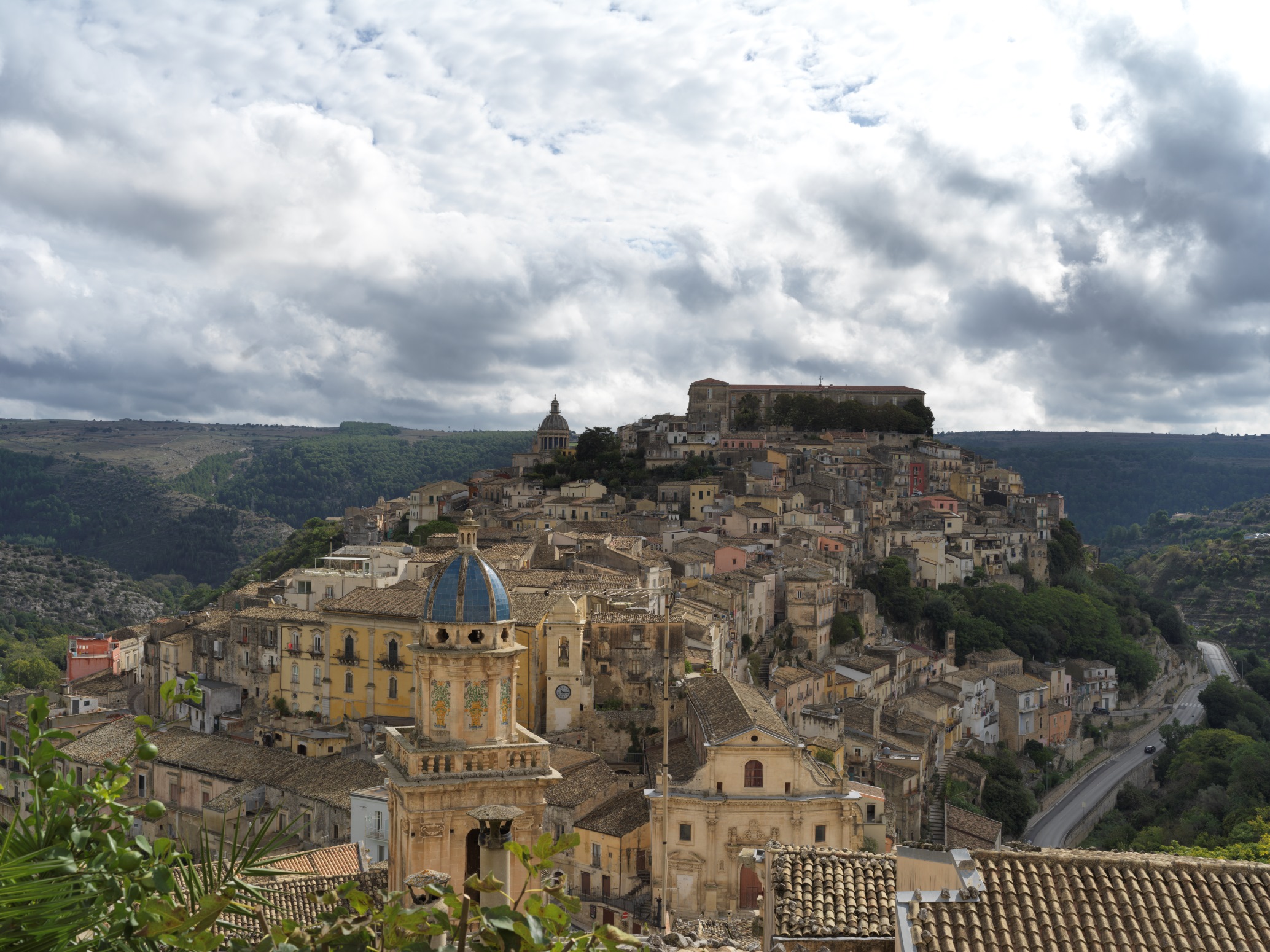 Ibla as seen from Ragusa (superiore)

Taormina sits atop a hill and best accessed by way of the fenicular gondolas. It is there that we learned that though many fill their cannolis with cream they should really only be eaten with ricotta cheese. The wines are heady and made from grapes only suitable for the volcanic soils of the island and hence they have beautiful, swarthy and romantic names like Nero d’Avola, Perricone, Nerello Mascalese, Nerello Cappuccio…. 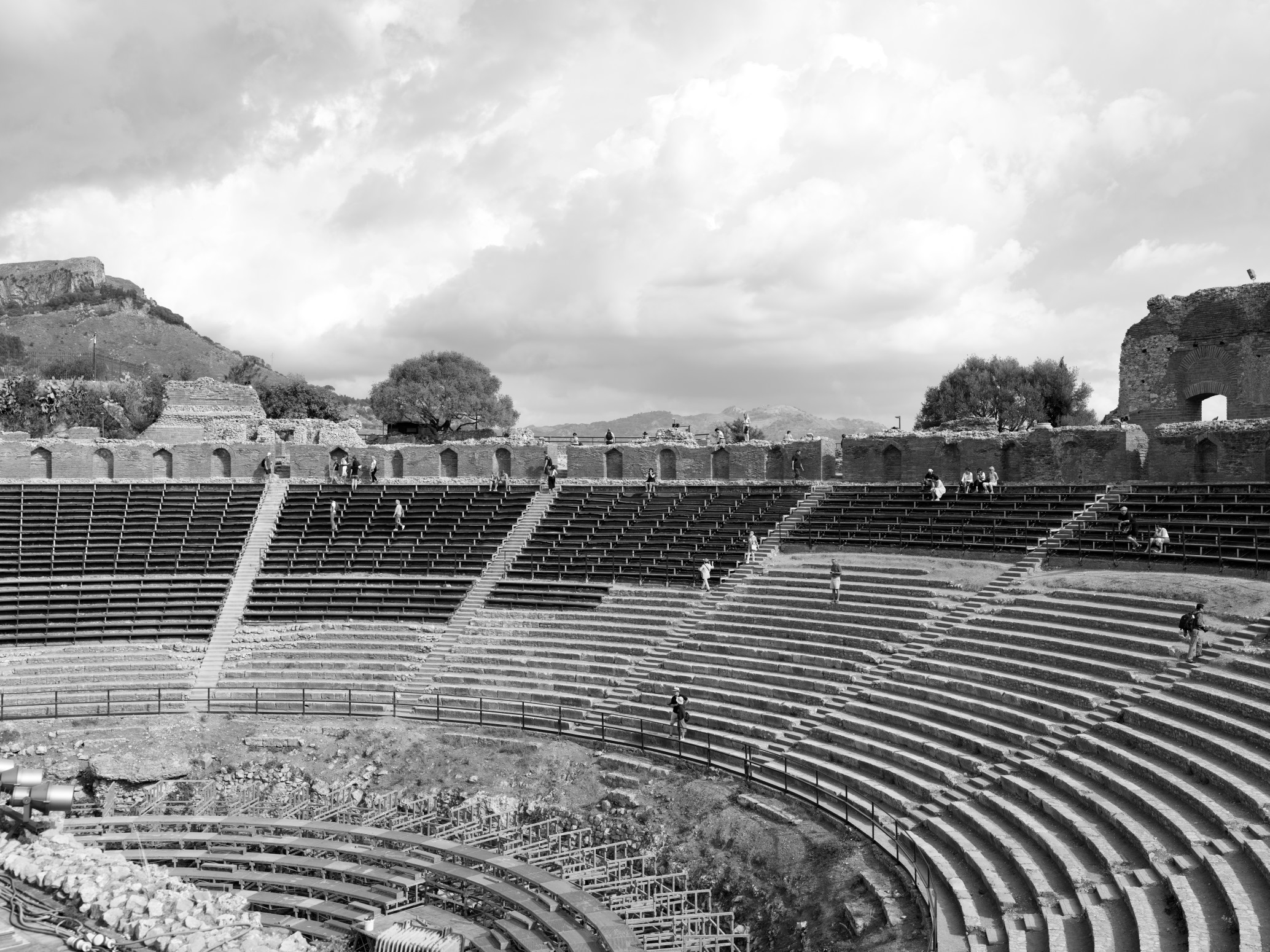 There are two Ragusas, superiore and anteriore. The latter more commonly called Ibla and represents Vigata from the Montalbano series. There we learned about the Arancini made famous by Adelina. Pyramids of rice, filled with ragou or spinach. 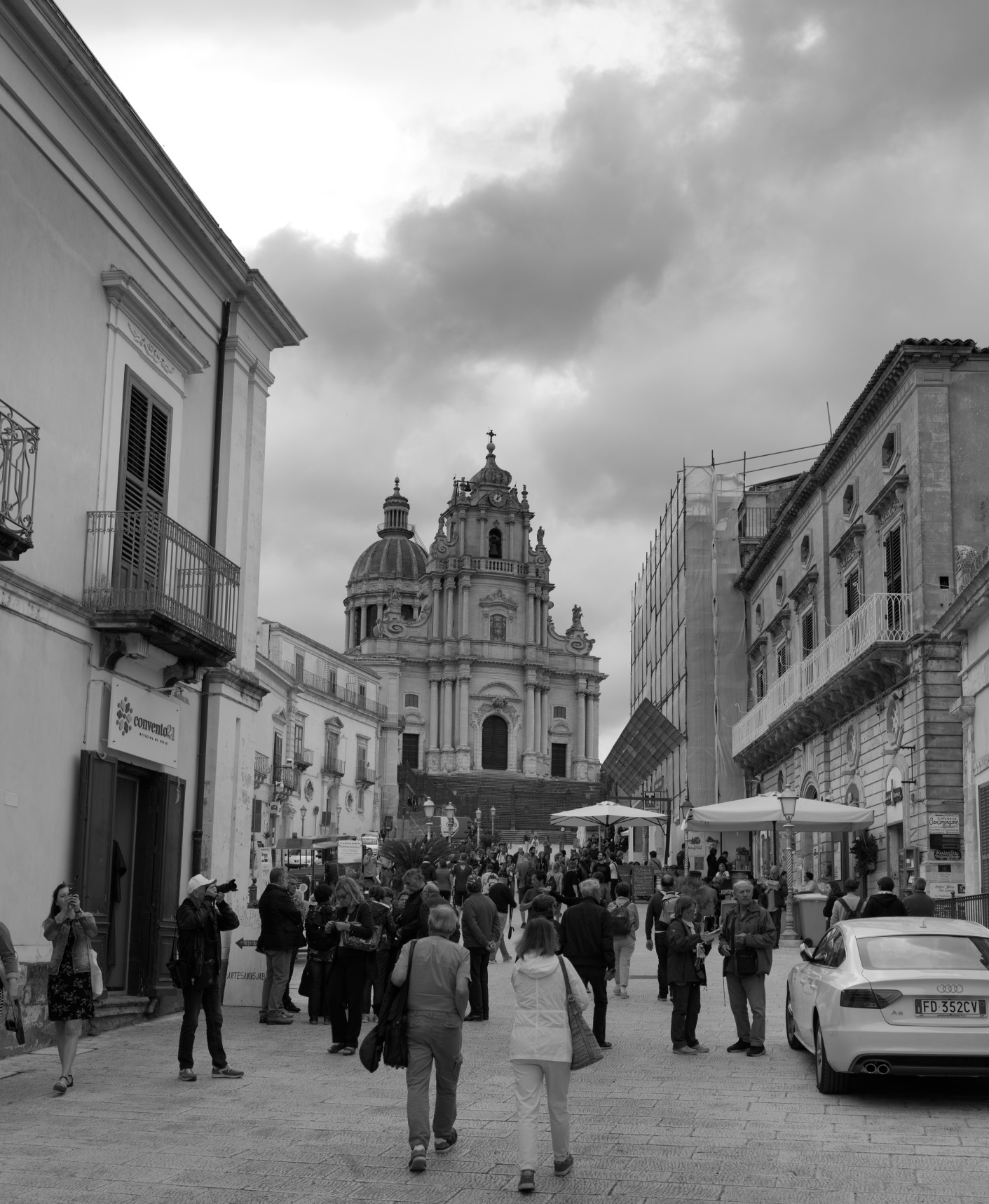 Sicily is a rugged place. The south eastern side towered by the still active volcano Etna. Stray away from the cities and you are in “Godfather” country, all small fields, stone walls and ruins of buildings. Next time we really must make it to the village named Corleone. And, by the way, we really did meet someone called Antonio Macaroni.

Reality vs TV: For Montalbano aficionados, what places refer to what?

Scicli: The steps and piazza are the entrance to Montalbano’s office and we believe that is also where the commisioner has an office.

Ibla:  Most of the inner city scenes are filmed in Ibla and consequently believe that it represents Vigata.

We are unsure where the high bridge from the opening sequence is located but the harbour view resembles Catania docks.

Clearly we must revisit.

Click on any image to expand the gallery
[Modula id=’19’]