There is a highway of sorts which leads from Lucknow to Varanasi. It is about 300 km and so straight for the first half that the Romans would have been jealous. They promised us that it would not take us more than 6 hours. We made it to our hotel in 7.

Once out of the city steady progress can be made until you take a right turn and then it becomes a competition. In India, the rules of the road are simple. Drive where there is space, even if it is against the traffic and only give way if the oncoming vehicle is bigger. According to our driver you need to be embrace three disciplines. Firstly use your horn as much as possible, secondly you need to be lucky and thirdly you must stay calm.

It is said that there are more motorbikes than people in India but I’d say the ratio is less. Motorbikes are shared; often by 3 or more. Waiting for an interminable amount of time at a railway crossing we were adjacent to a couple. They had a baby sandwiched between them and he or she was contentedly latched to his mother’s breast with not a concern for the exhaust fumes. 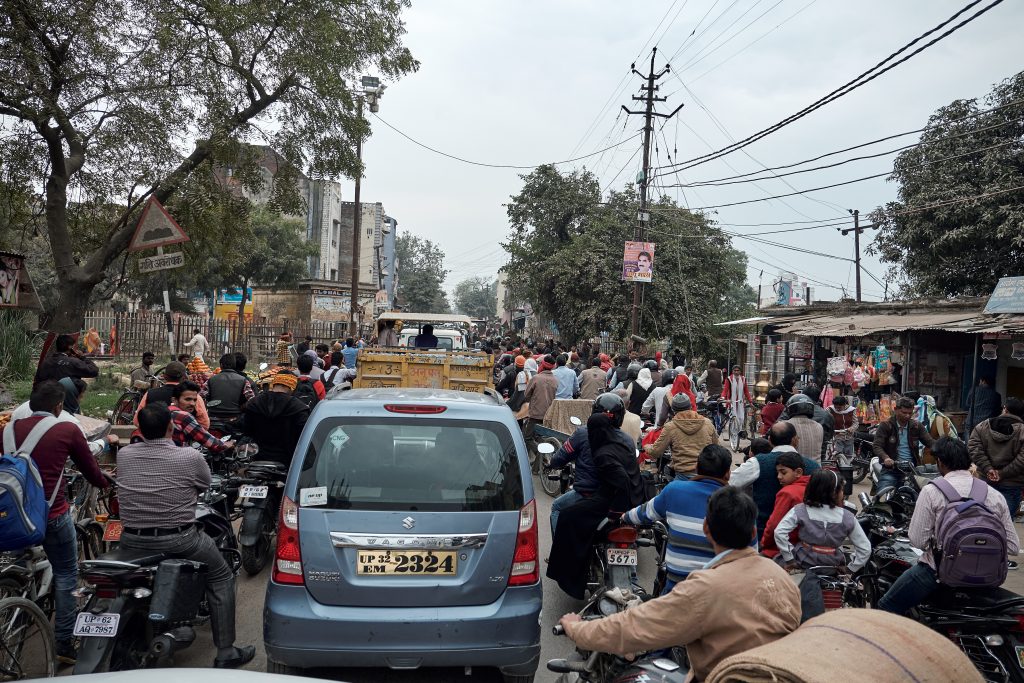 I’m told that Varanasi is the oldest living city in the world and in existence for 6000 years but I don’t pretend to understand what that means. My uninformed impression is that, given another few decades, it will be another Venice. 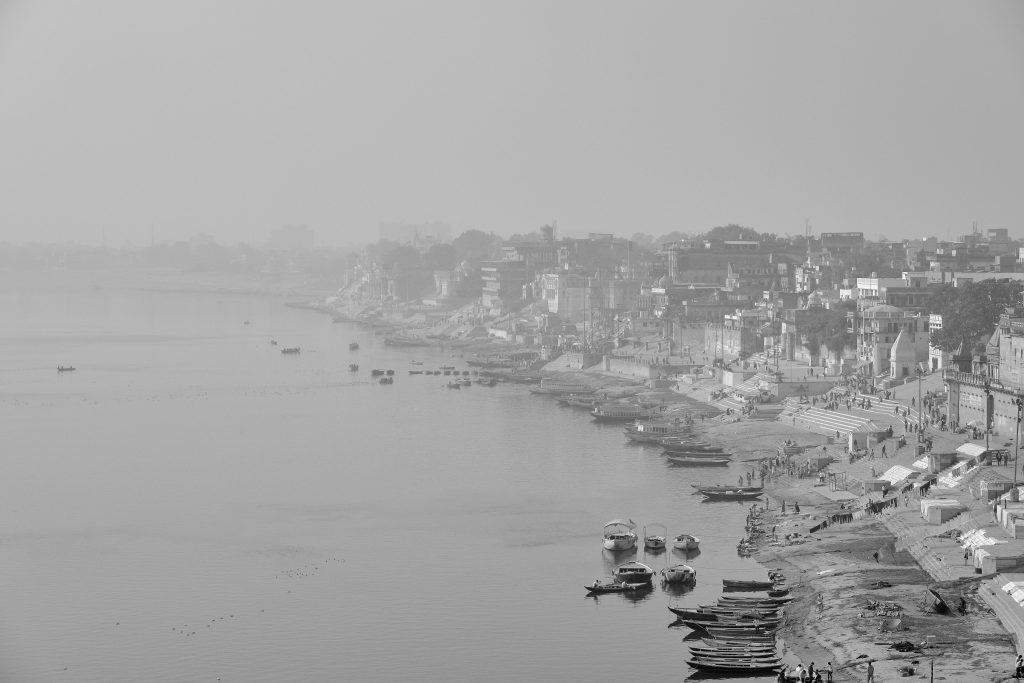 It has a huge importance religiously.  In similarity to the Haj to Mecca for those of Islamic faith, Hindus must make the pilgrimage to Varanasi at least once in their lifetime. In reality only a very small percentage are able to do this. They have more pressing needs.  Nonetheless, as ever, to those to whom it matters, it matters a lot. 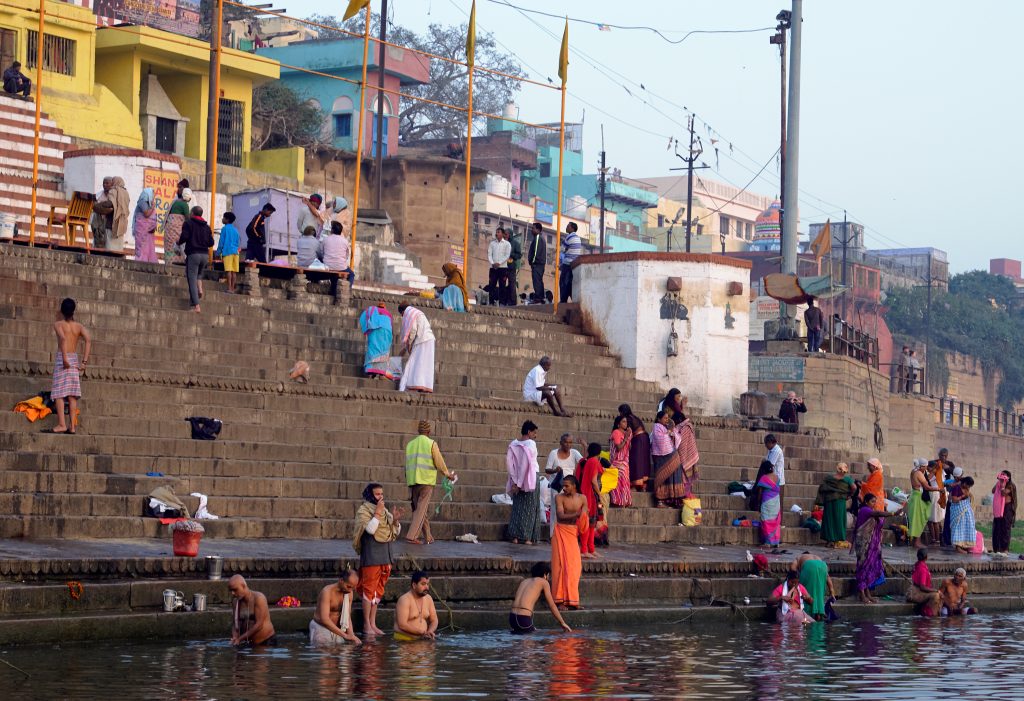 Varanasi is on the Ganges and the Goddess “Mother Ganga” is abused in more ways than one can imagine yet like most mothers she is tolerant, forgiving, unconditionally loving and somewhat indulgent. By worship of her, washing your body in her and being cremated on her shores and having your ashes dispersed in her gives you a more certain way to a better place after you leave this world. 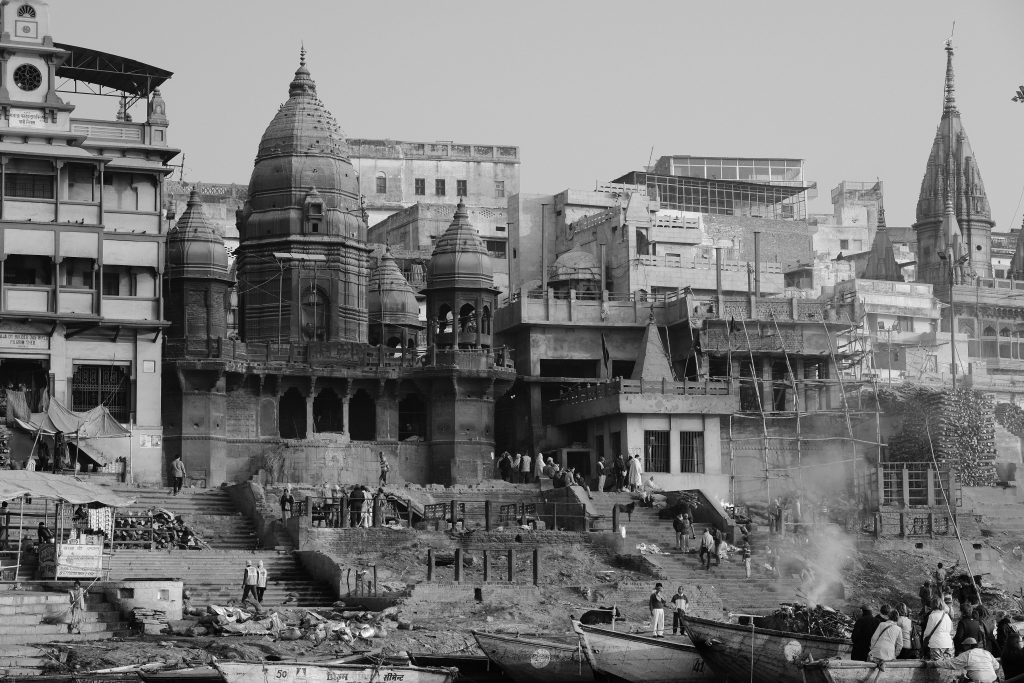 While in Delhi I read that of three determinant water quality parameters (DO, BOD, Fecal Polution) the two former are now meeting current standards. Despite carrying my fair share of sins, which no doubt could benefit from a cleansing, for the moment at least I will refrain from washing them away in this river. 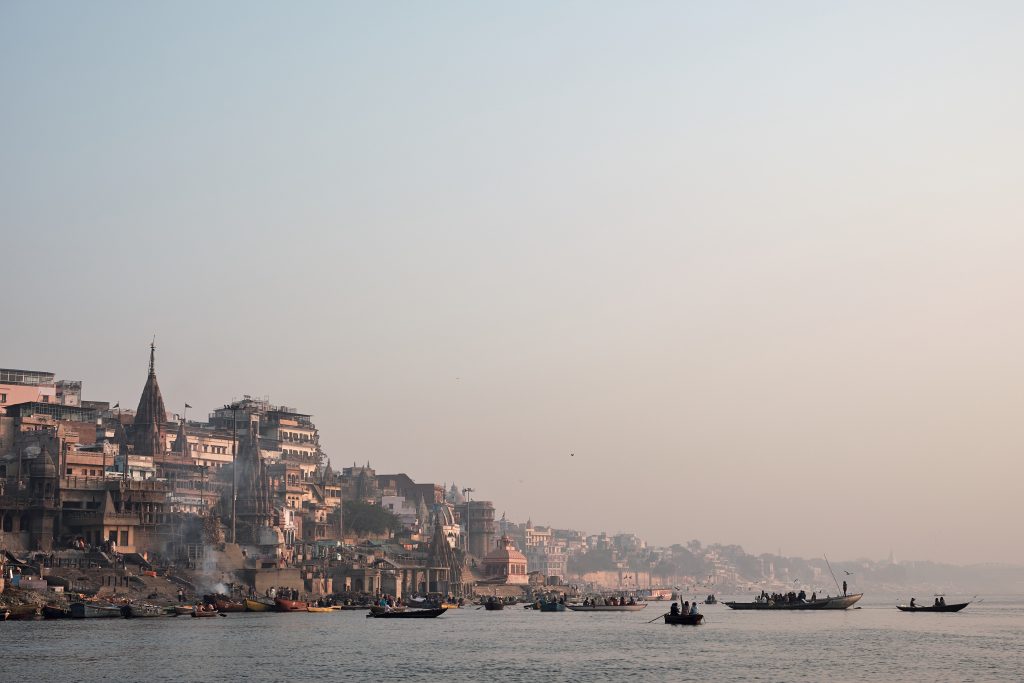 Whereas I understand and I am envious of people who have such a strong faith I cannot but feel somewhat shy of this city. The narrow streets are intimidating, the milk cow that we are as tourists leaves a feeling that we are tolerated rather than welcomed. It is a dirty city and the spitting and general unhealth of the people is striking. 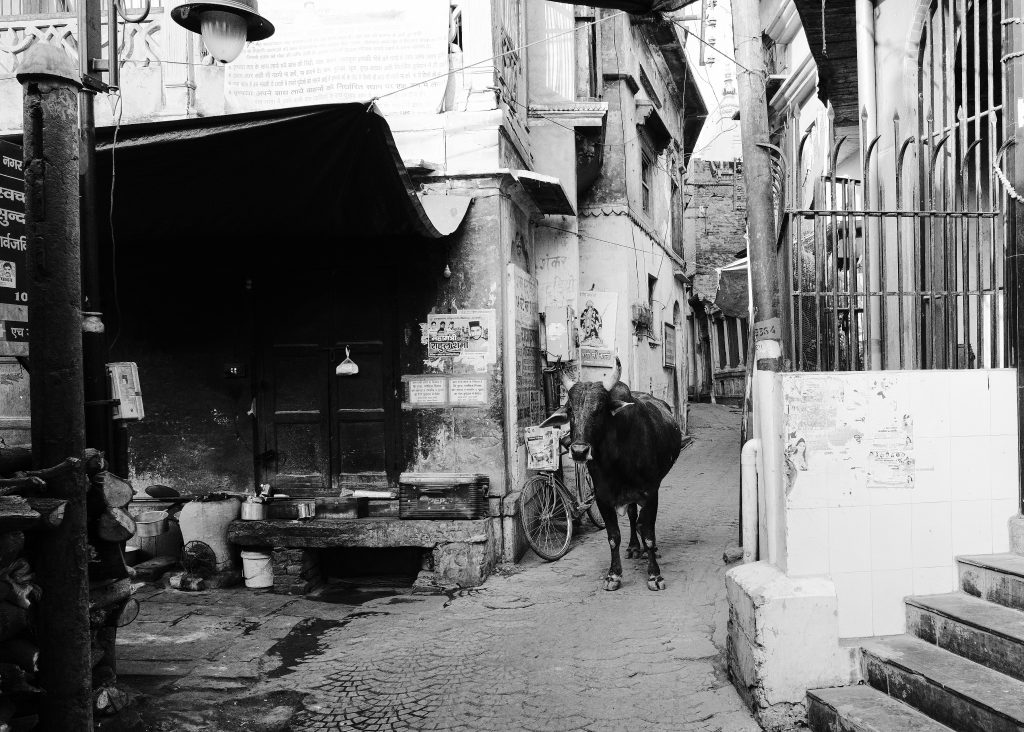 It costs between 12,000 and 16,000 Rupees (approximately £150-£200) to be cremated on the banks of the Ganga.  This is a huge amount of money and money that the poor can ill afford. Yet I understand the importance for them to do what can be done to achieve a better afterlife after the hardships of this one. What I find more difficult to comprehend is that the cremation of one’s loved ones should take place under the glare and the cameras of the tourists. 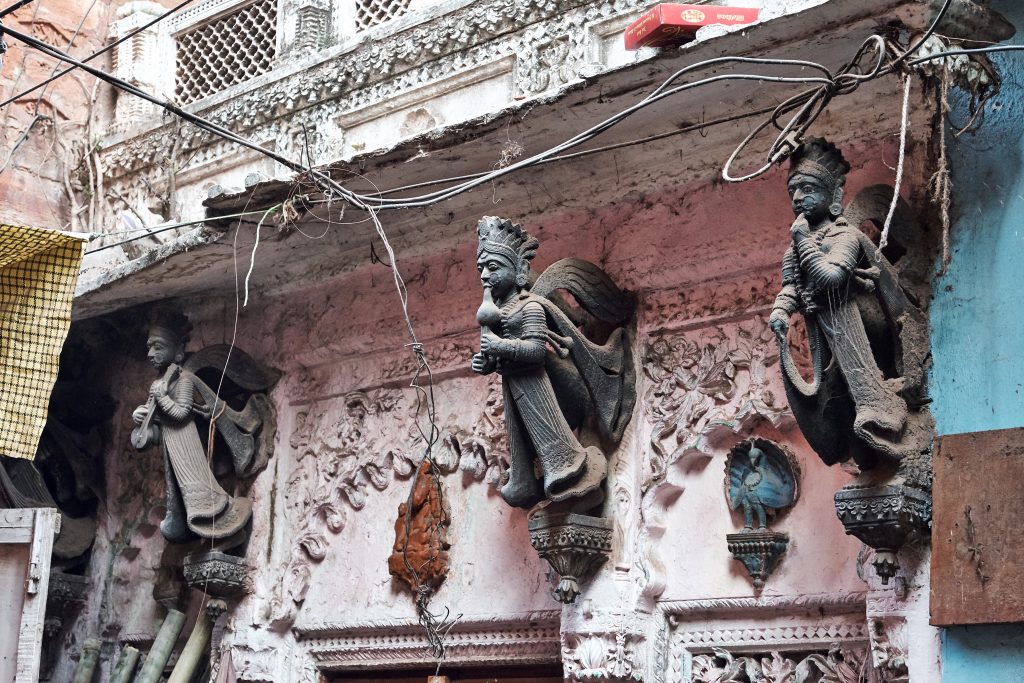 I’m glad I came to Varanasi but I shall not return.

Addendum: I have since learned that historically, the normal naming of the river was Gangaji, the “ji” being a term of respect. You might also for example say Papaji, Mamaji… The British were allegedly unable to pronounce this so she became the “Ganges”.