An ancient Stupa is possibly neither a mausoleum nor a temple. Those Stupas were mostly completely solid structures. They did not contain burial chambers nor did they contain caskets of treasure. They were built to commemorate an occasion. You know when a Stupa precedes 100 AD because the headstone is plain. Afterwards they were carved. More recent stupas normally do contain relics, usually of monks or nuns. 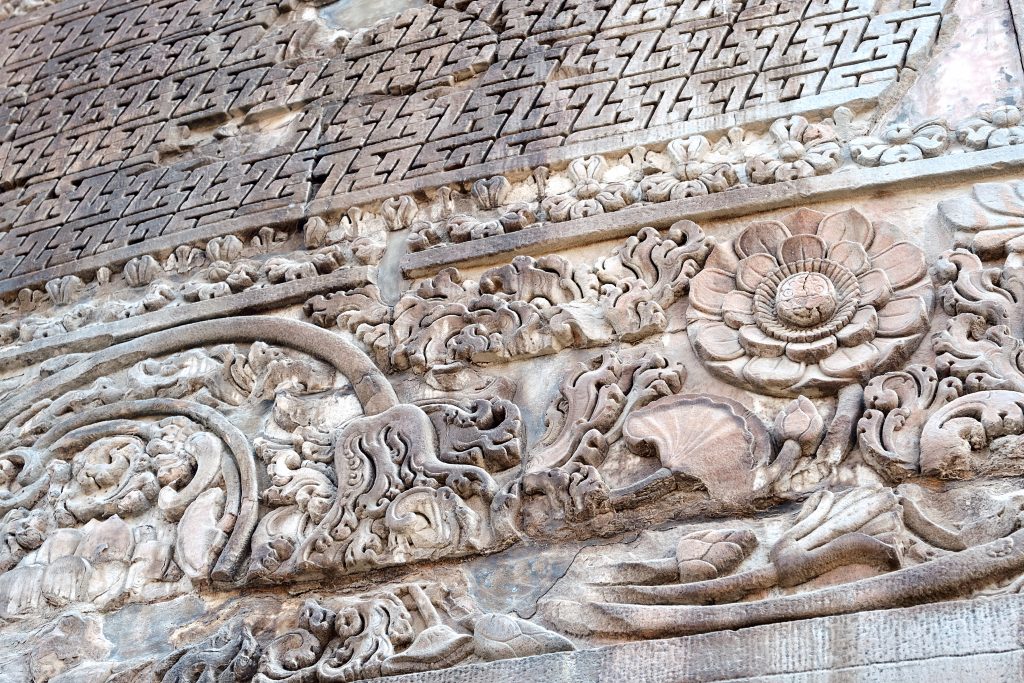 What makes the Dhamek Stupa at Sarnath special is that it is where a young prince, who after a life of luxury and a cloistered existence within palace walls to protect him from the influence of his peers, held his first sermon to who were to become his first disciples. He did this after finding enlightenment under a ficus tree. That he abandoned his wife and family as well as all material things makes the story rather more worthy of attention. 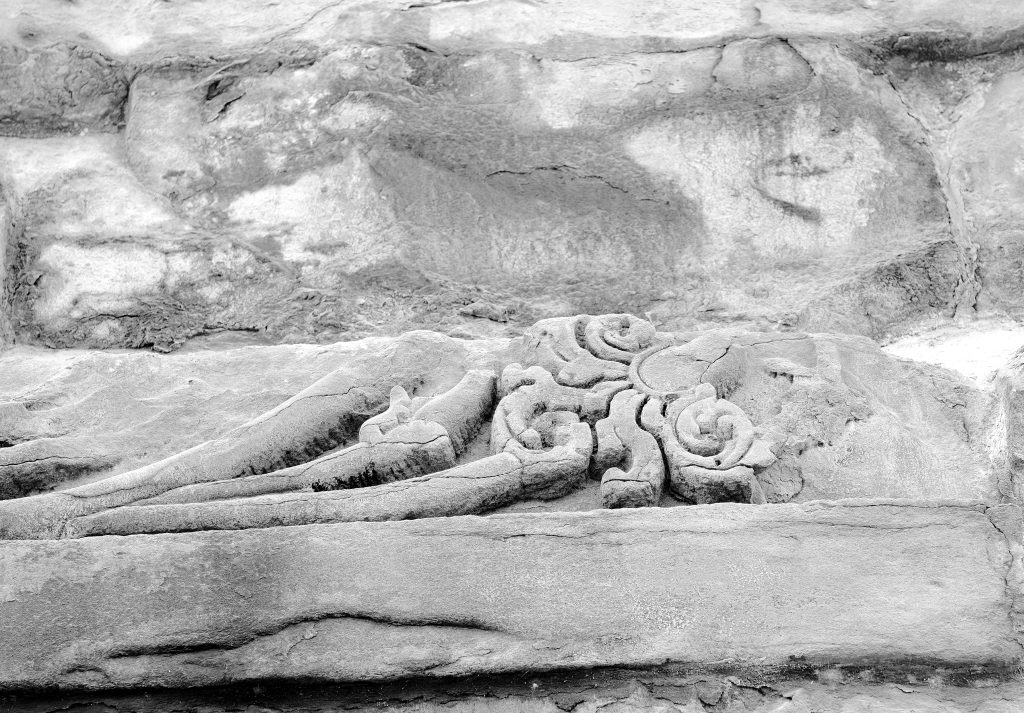 The Stupa at Sarnath is enormous. It dates some two and a half millennia and was only really worked by archaeologists since the 19th century. The complex has now been under the control of the Indian Government Archaeology Department and they’ve done a fantastic job with the preservation and excavation of the surrounding grounds. 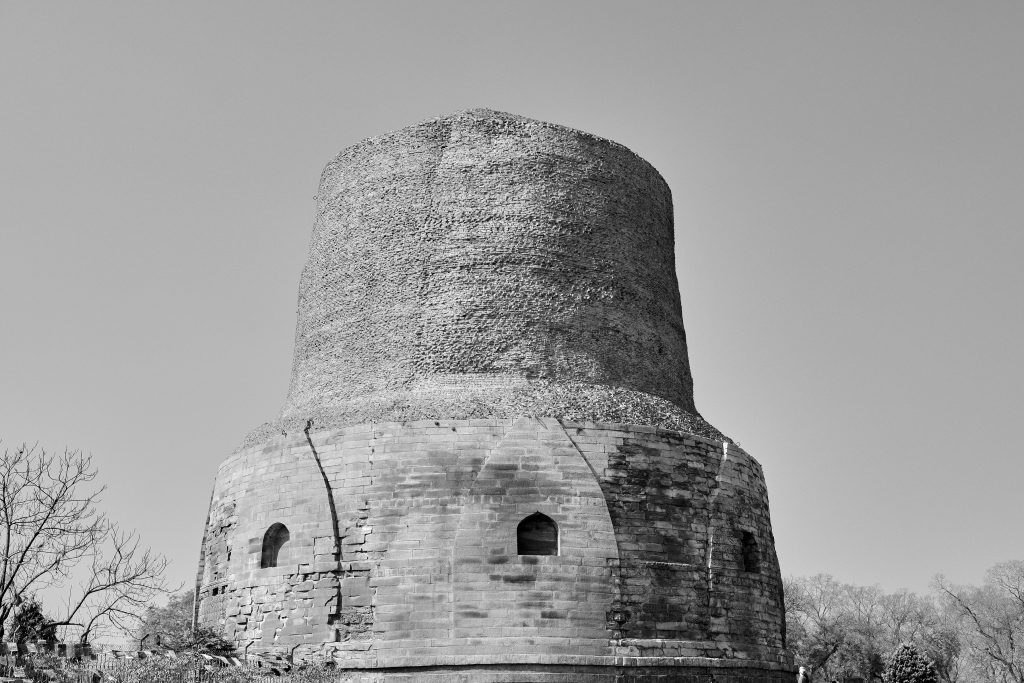 On the same site is a very important museum. Aside from housing the first statue of Buddha, sculpted in red stone (of Agra and Delhi forts fame) by a Mongolian artist and fashioned to what he knew of people in his country; broad shoulders, powerful build, round head and flat face. 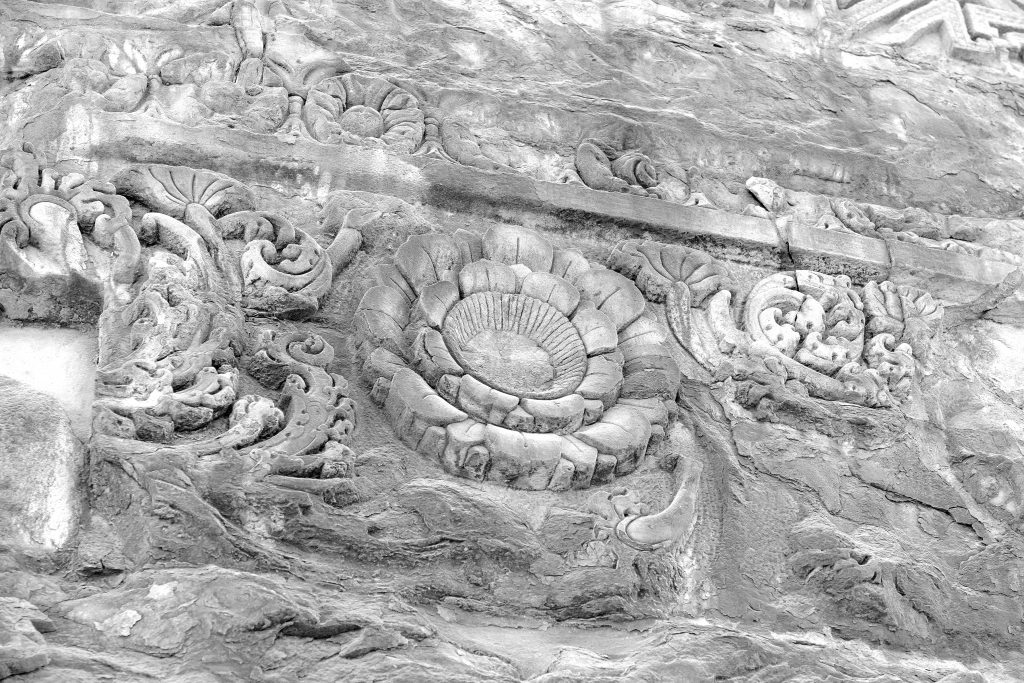 The museum also houses the headstone of the 15 metre sandstone monolith from the site. It consists of 4 lions pointing in the 4 compass directions. They too are of sandstone, highly polished and very detailed. Their eyes are now hollow but they were enormous rubies now long since disappeared in some looter’s pockets. Above the lions was a wheel and that was adopted and still figures as insignia in the middle of the Indian flag. 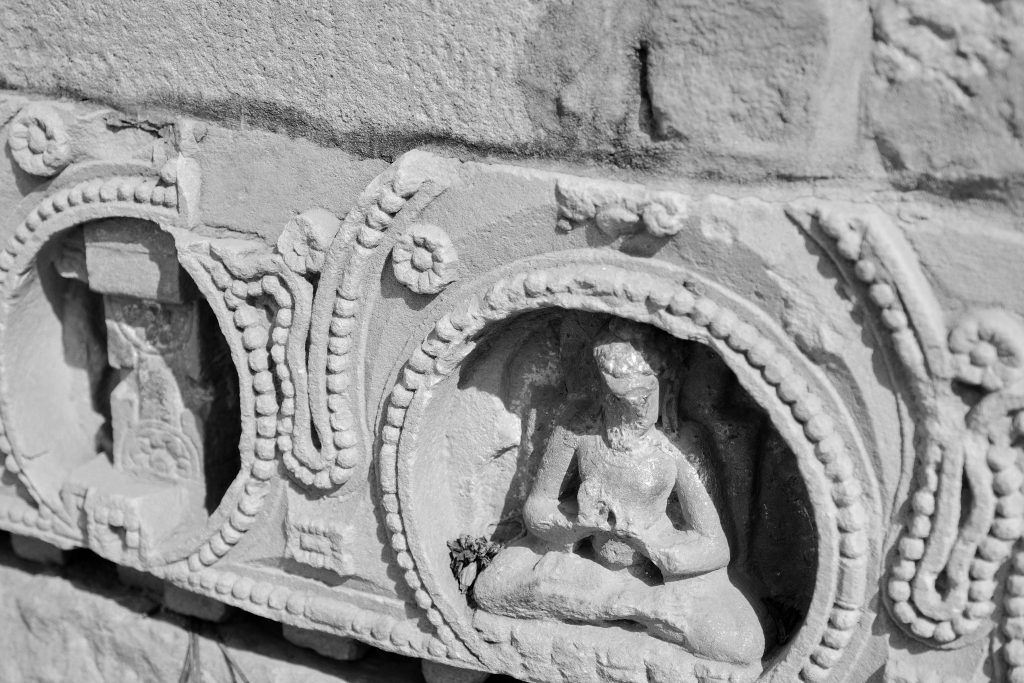 Buddha came from a Hindu family, originally from what we now call Nepal. I have tried to understand the divergences and convergences of Hinduism and Buddhism but have struggled and I’m still struggling now to find an answer.  That politics plays a part is perhaps self evident. 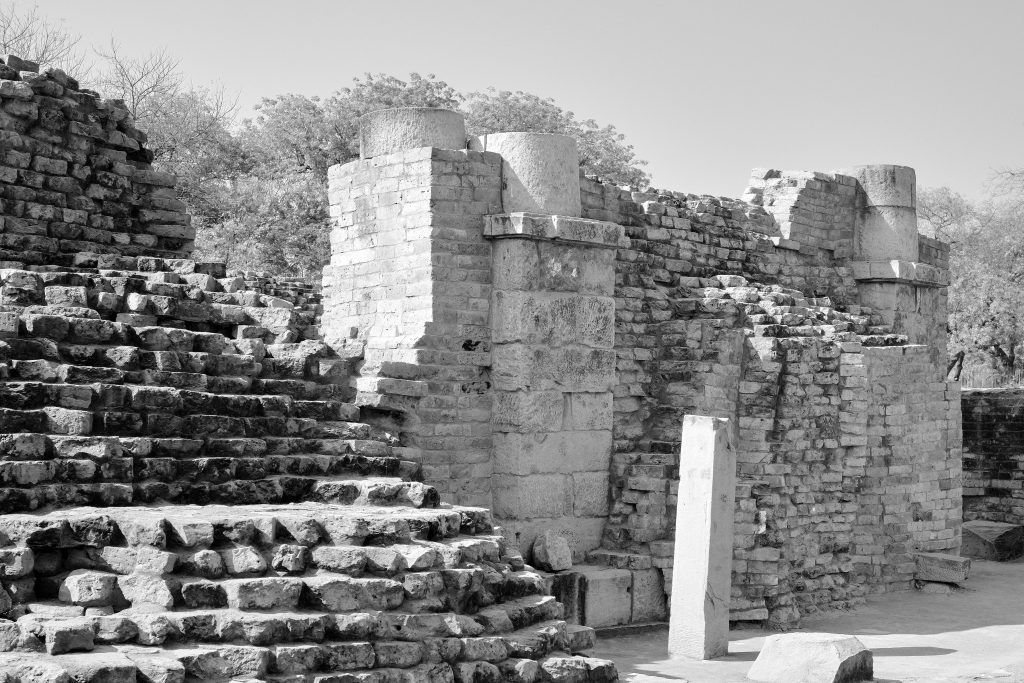 A container of ashes was found in Sarnath and it is believed that they were the ashes of Buddha. In Hindu fashion they were strewn into the Ganges. I asked my guide when the Hindu philosophy started to become a religion. He told me that their Gods were always present so there is no beginning and there will be no end.

Against that logic even the Gods fight in vain.