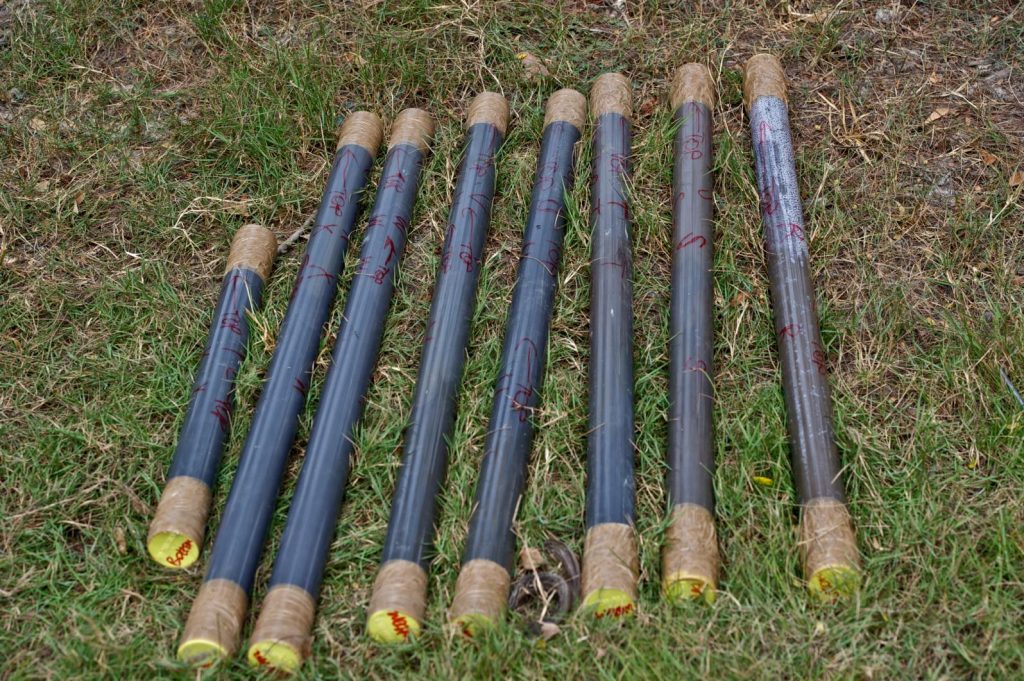 The New Year is upon us ladies and gentlemen, and I think Tennyson hits the nail on the head, from this excerpt of “Ring Out, Wild Bells”, part CVI of In Memorium A.H.H. The usual promises have been made and surely broken; ‘I will go the gym twice a week’, ‘I will eat less sweets’, ‘I will get up earlier’. Oh yes, the New Year beckons new beginnings and new endeavour! Indeed, the same happens in the world of sediment and earth science. The conference abstracts are being tidied up and submitted to the big meetings of the year, the European Geosciences Union (EGU) and the International Association of Geomorphology (IAG). However, some of the greatest work can come not in the preparation of conference abstracts but in the last-minute analysis of data prior to embarking and indeed prior to even speaking, one can learn a great deal regarding their own data from a fellow presenter. I recently had such an experience at a recent meeting of the British Sedimentological Research Group (BSRG) in Dublin last month.

There are several components critical to sediment supply from outcrop to basin (i.e. a sink for sediments, such as a delta). However these really just devolve down into three:

Of course, such controlling factors vary and depend on time and space. Thus the nature of the material is impacted by the forces supplying the material to a basin. So tectonics, can be a deep geological process happening over many millions of years through subsidence (sometimes it’s been known to vary quite rapidly when we get earthquakes), but deep subsidence of a shelf can take a long time. Tectonic activity in a basin therefore could change the course of a river, or increase the amount of material entering a shelf. Secondly, the space available in a shelf has to be filled by either; sediment or sea water, sea-level has been known to vary quite substantially over the course of the Quaternary period (last 2.5 million years), and this can be in terms of hundreds of metres of sea-level rise and fall. Over the Holocene (last 10,000 years) sea-level has been known to vary in tens of metres and even less. Essentially, when we have a rise in sea-level then less sediment is entering the basin, when there is a fall in sea-level the basin starts to fill with sediment. Finally climate, again climate can vary over substantial periods of time but for the most part the climate experienced in Europe and indeed most places globally has remained fairly consistent over the last couple of thousand years (save for short events such as the Medieval Warm Period and the Little Ice Age of the 16th to 19th centuries). Climate impacts sediment supply through weathering processes (i.e. the breaking down of rock into material suitable for transport). Thus, warmer, wetter summers in the Bengal Basin may promote greater sediment supply.

Sedimentation in Lothian doesn’t show as much variability as one would expect even with a fining up of the units, suggesting that more sediment may be entering the Sundarbans. So really, what then is controlling this rate of sedimentation, what is the underlying actor behind the grain size variation? What is controlling supply?

I will leave you with that final thought for the New Year as I intend to make it my only resolution that I will endeavour to answer!