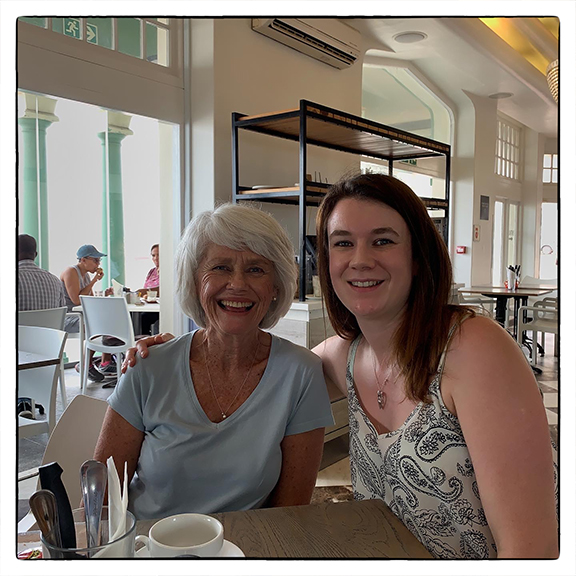 We’d anchored our 1955 wooden sailing boat “Lady Ailsa” near the oyster beds on the south eastern leg of Newtown Creek and it was time for a shower and brunch. Yarmouth would provide both. It’s a 20 minute row from our anchor point to Shalfleet and a further 90 minute hike along the northern shoreline of the Isle of Wight and into Yarmouth. 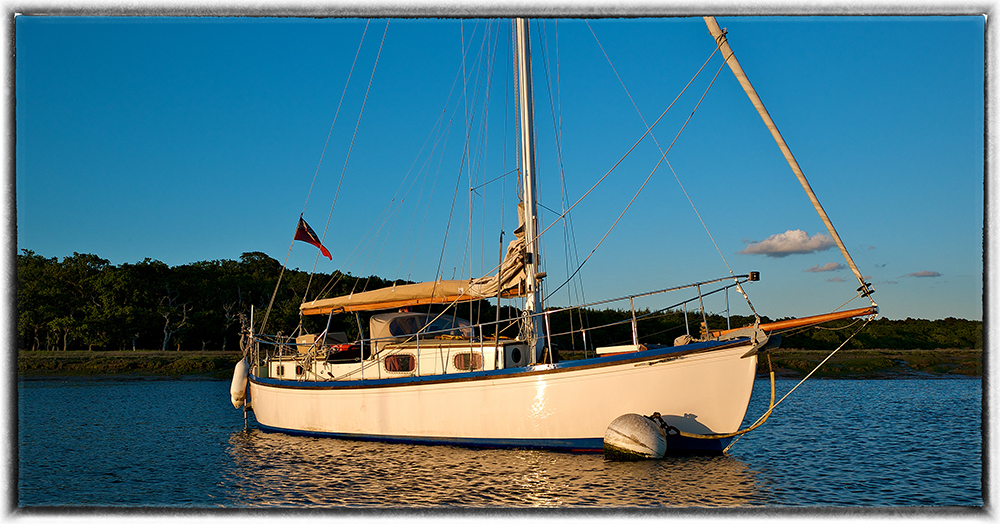 Where Cowes bustles with hotshot round-the-world racers, Yarmouth is sedate and quaint. The marina provides the shower and a little restaurant whose name I’ve forgotten serves “moules et frites” that even Belgians would approve of. A post prandial stroll can take you away from the centre of the village down narrow streets filled with little shops.

This took place a decade ago and I don’t remember much about this particular shop except that it was very small and that we admired the items on display, mostly children’s clothes; more colourful than we would normally be accustomed to seeing in South East England. Sailing havens like Yarmouth and Cowes and Salcombe are more usually provisioned by Crew and Fatface outlets than facilities offering products with a more exotic provenance. The lady owner explained that they had been made by volunteers in Africa. I was due to leave for New Zealand the following week and bought a couple of dresses for Eva.

So what, you may ask, has this to do with Jo’s School? Well everything really. The owner of the shop was none other than Yvonne Brown who had just set up a school in a township called Vrygrond on the southern edges of Cape Town in memory of her daughter Jo who had been a teacher and one that used the Montessori methods. Those methods and disciplines are used in her school to this day and they are immediately apparent as one walks through the classrooms. 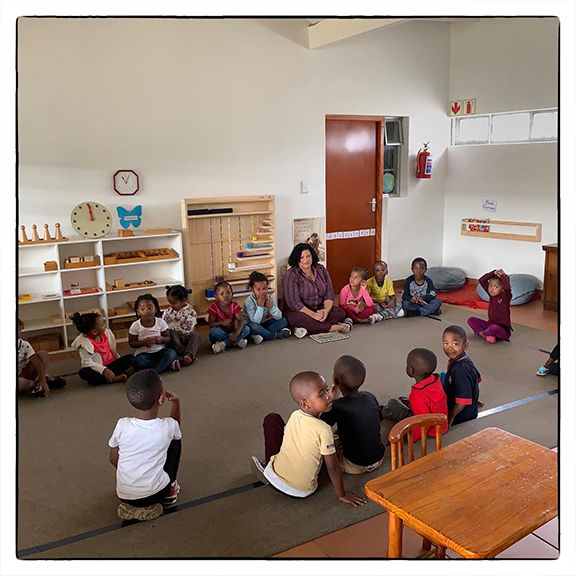 I’d heard of townships but had no realisation of what they were until this visit to South Africa. They are an aggregation of tiny dwellings, within what would best be described as camps or seclusions, mostly mud and corrugated iron and they stretch for miles. We saw many of these clusters and can deduce with little effort that life cannot be very pleasant in them. They are not too dissimilar from the slums I’ve seen in Calcutta or Dehli or those on the southern edges of Nairobi and the poverty and palpable hardships contrast strongly with the reds and greens of the vineyards adjacent to them. 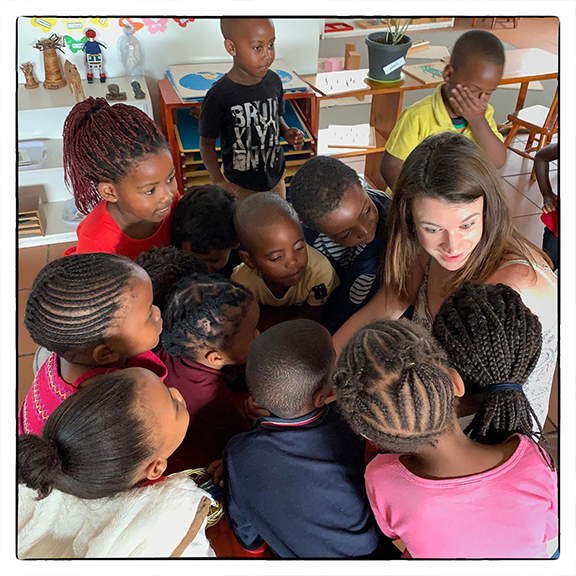 Rosie in her element

It has been a privilege for Van Walt to be able to help Jo’s School a little bit financially over the decade since I met Yvonne in Yarmouth and I don’t say this with any sense of false modesty. Different people will have different ideas about the reason for philanthropy. I happen to believe that we give primarily because it makes us feel better and less “guilty” about the excesses that we ourselves enjoy and often abuse. There are others who give generously out of pure unadulterated altruism but I don’t belong to that purer category.

My reward is seeing a school such as this one thrive and to know that the children for whom it caters can smile and laugh and learn for a few hours of each day before they go back to the township to suffer the consequences of poverty, inequality and ill adjusted households driven into the situation by virtue of the lottery of where they happened to be born. 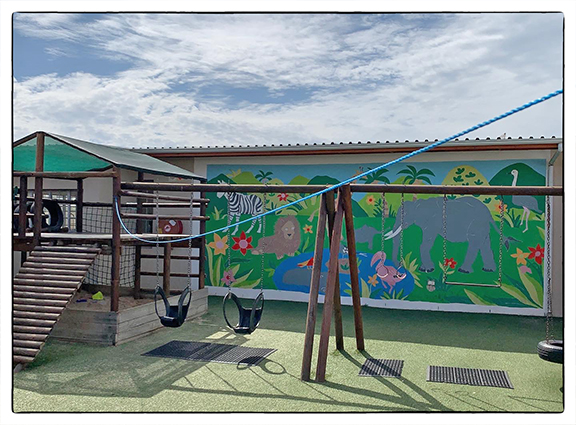 Jo’s School is a little oasis within a cluster of misery. It can cater for up to 60 children between the ages of 2 and 6 and is staffed by 10 wonderfully dedicated teachers. It was a real privilege for Rosie and I to see Jo’s School and to meet many of the staff and children. We wish them well.