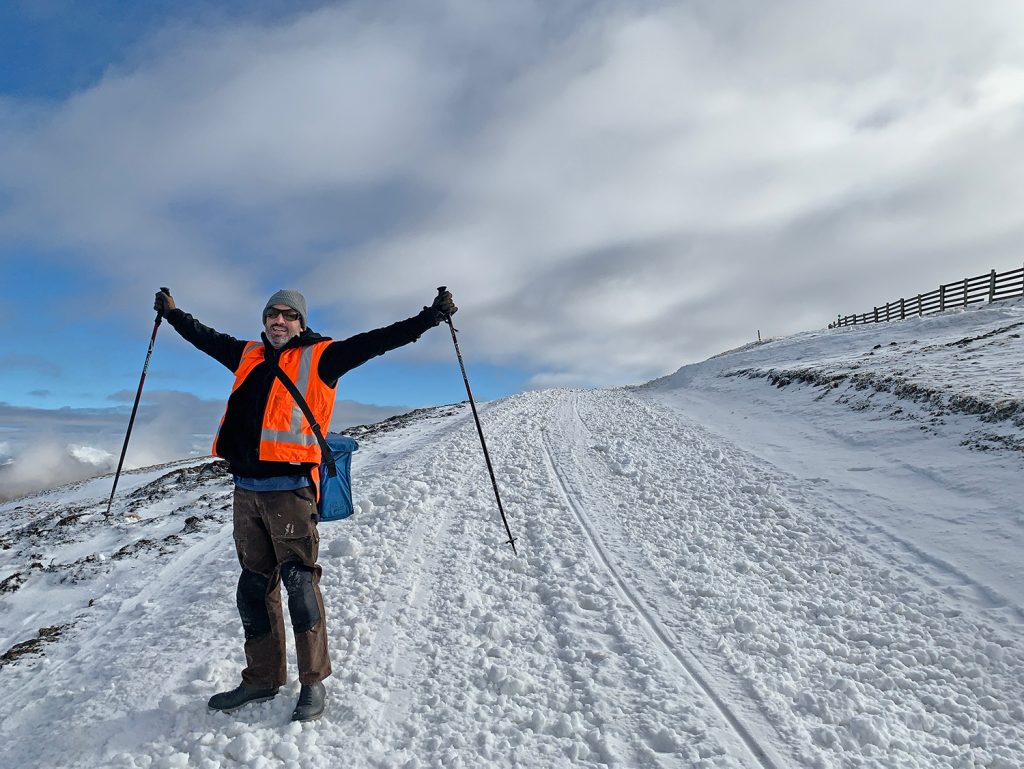 I call it the stairway to hell but of course it isn’t. But I imagine it could be, long, bleak and foreboding but it only leads, after mile long travellators, to gates B at Heathrow’s terminal 2. 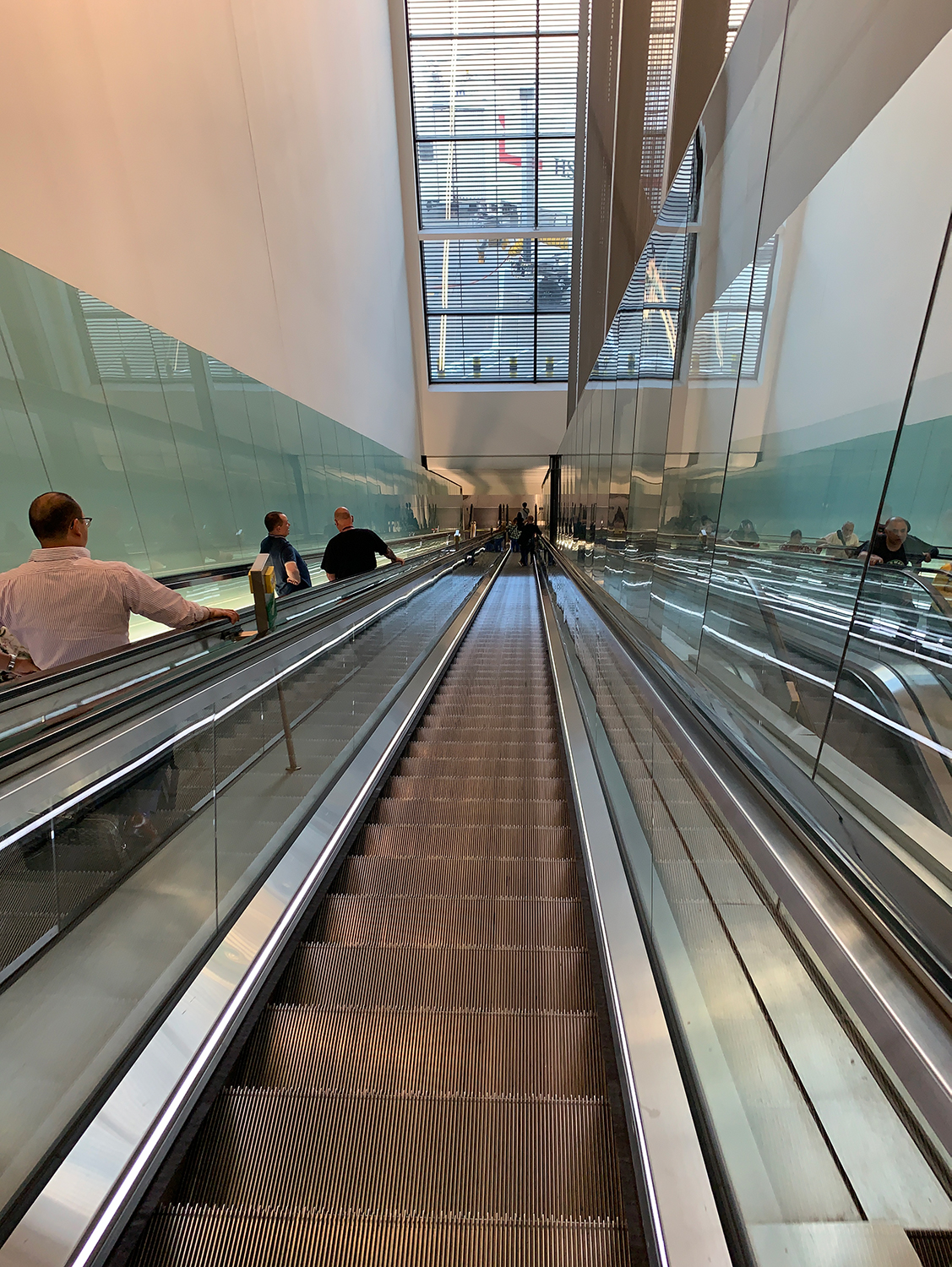 The flight is packed and the A380 enormous yet from my seat I’m pleasantly secluded from other passengers. I’m not in the mood for pleasantries. I want to eat something and go to sleep.

The Byriani is excellent as is the nut and caramel ice-cream and I’m grateful that on this flight at least there is not the ever more frequent announcement that passenger in seat 107F has a severe nut allergy. (With apologies to all who have a nut allergy).

I wake up as we’re crossing the Bay of Bengal. The typhoon is playing with the airplane, tossing the 400 ton machine hither and thither as if it’s made of paper. “Grand Torino” is a good film; Clint Eastwood in his latter years plays the part of a blue blood American who is forced to confront and associate with foreign neighbours who have all but taken over his neighbourhood. The movie is rather touching and shows that there can be redemption even for die-hard xenophobics.

The migraine sets in as we enter Malaysian airspace. It will not leave me for a while but doesn’t spoil the signature dish of Singaporian spicy crab offered in a restaurant on the sea front with a backdrop of a myriad of lights from the huge ships anchored in the Strait of Malaka between Singapore and Sumatra. 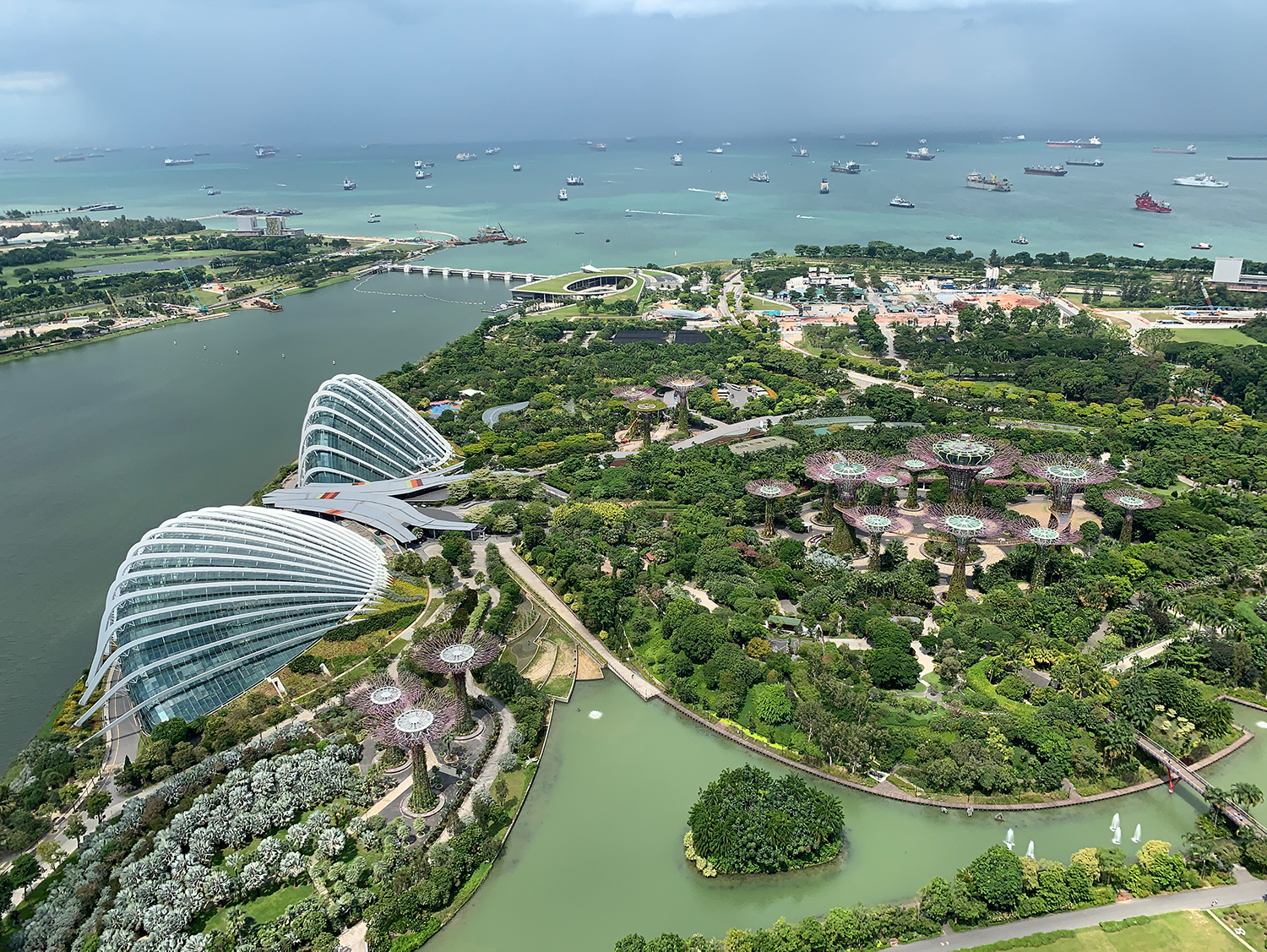 The weather is typical of the tropics. Hot, sultry and a humidity in the 80’s. I remember it from my time in Hong Kong. I went to school there for four blissful years and I remember having to do cross country running on Tuesday afternoons in this type of weather. No doubt it helped make me a better person; perhaps.

Dawn greets me on the 15th floor of my hotel and already the workforce is out in hordes constructing the new metro. The hotel has perfect soundproofing and I spend several idle moments watching them at work and trying to decipher why they are moving concrete from a structure the size of a swimming pool to another identical adjacent void. Surely it would have been easier to pump the concrete directly where it had to be rather than moving it JCB bucket by bucket. I don’t know why I should worry so much. Surely this cannot be my problem. Yet for some reason it disturbs me. 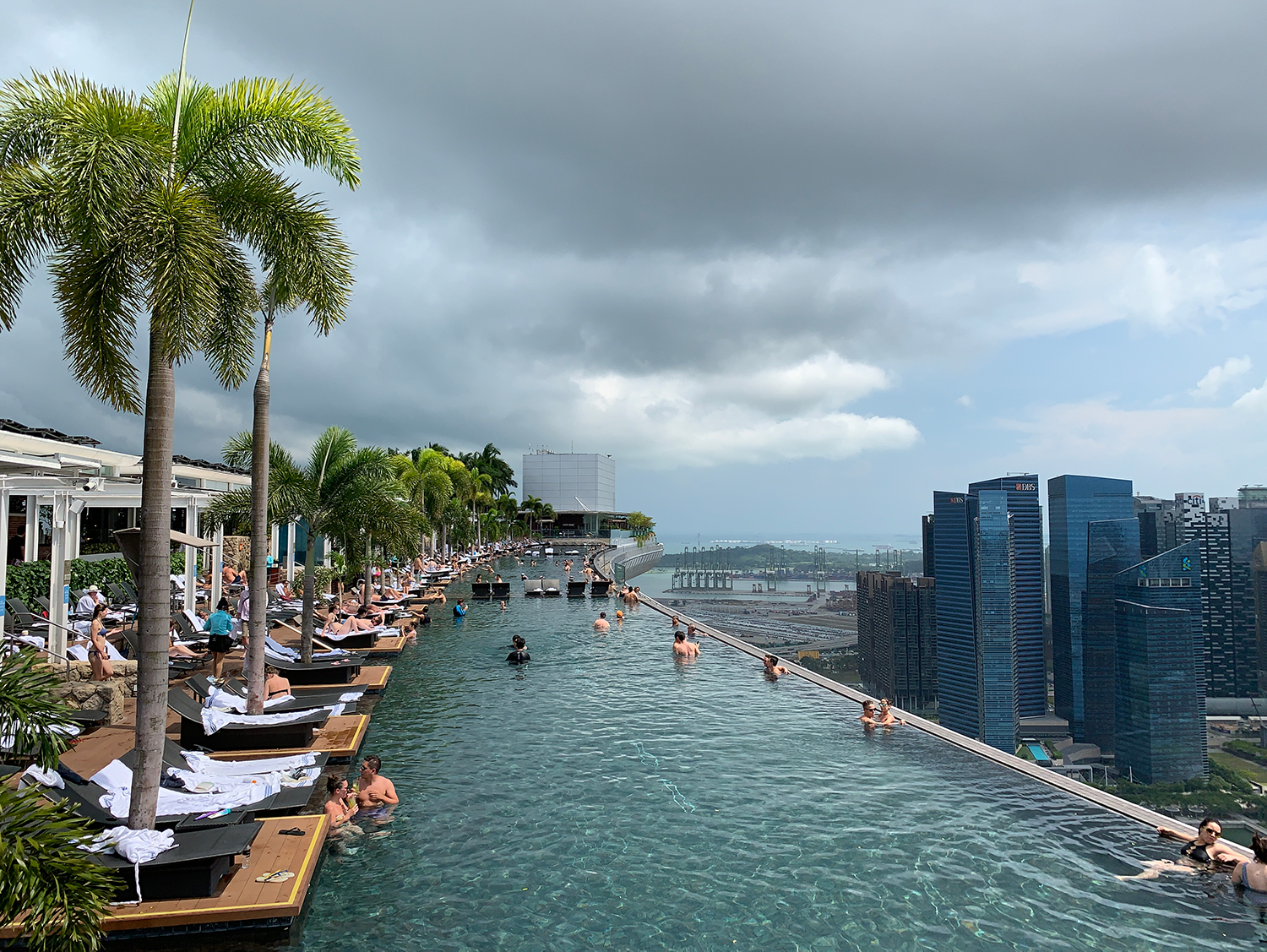 Singapore is a revelation and not at all what I was expecting. It is supremely clean. To illustrate this detail,  chewing gum is not available to buy so to prevent pavements being littered. The high rise is impressive but what really amazes is the amount of green space in the form of parks. Despite the 5 million people in a country just double the size of Andorra (Singapore is approximately 719 sq km, while Andorra is approximately 468 sq km., population of Andorra is shy of 80,000).

I loved being in this country filled with chauvinistic people yet so tolerant of all races and creeds; Malay, Chinese, Muslims, Europeans. They have a long history spanning many centuries yet they count just the last 200 years since the British took over and formally named it Singapore. Before that the Portuguese, Dutch and later the Japanese. This year they celebrate a bi-centennial and preparations for the celebrations are visible everywhere.

The orchid gardens showing off 2000 varieties and the “live” trees all lit up in a display which reminds me of Avatar were the highlights of my visit and yet I was most drawn to the serenity of the gardens within the Buddhist Temple. 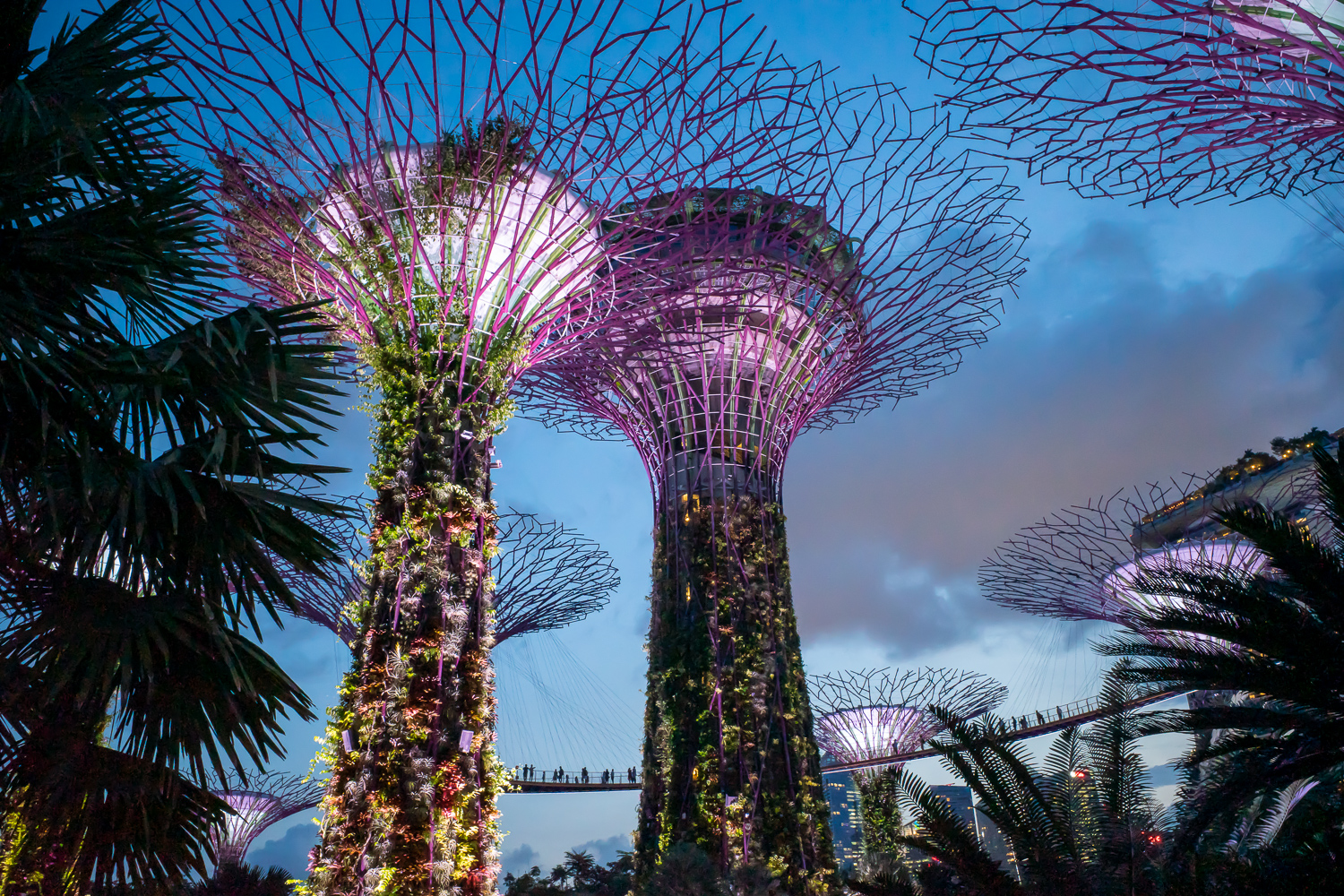 Thanks Jen for this education. I wouldn’t have missed it for the world and can’t wait to return.

The final delight is within the airport. Recently opened, the Changi “Jewel” features centrally in Terminal 1; a giant water cascade surrounded by an amphitheatre and a sound and music extravaganza features every hour to the delight of travellers. It is a wonder and an explanation why Singapore is voted, year on year, the number one airport in the world. 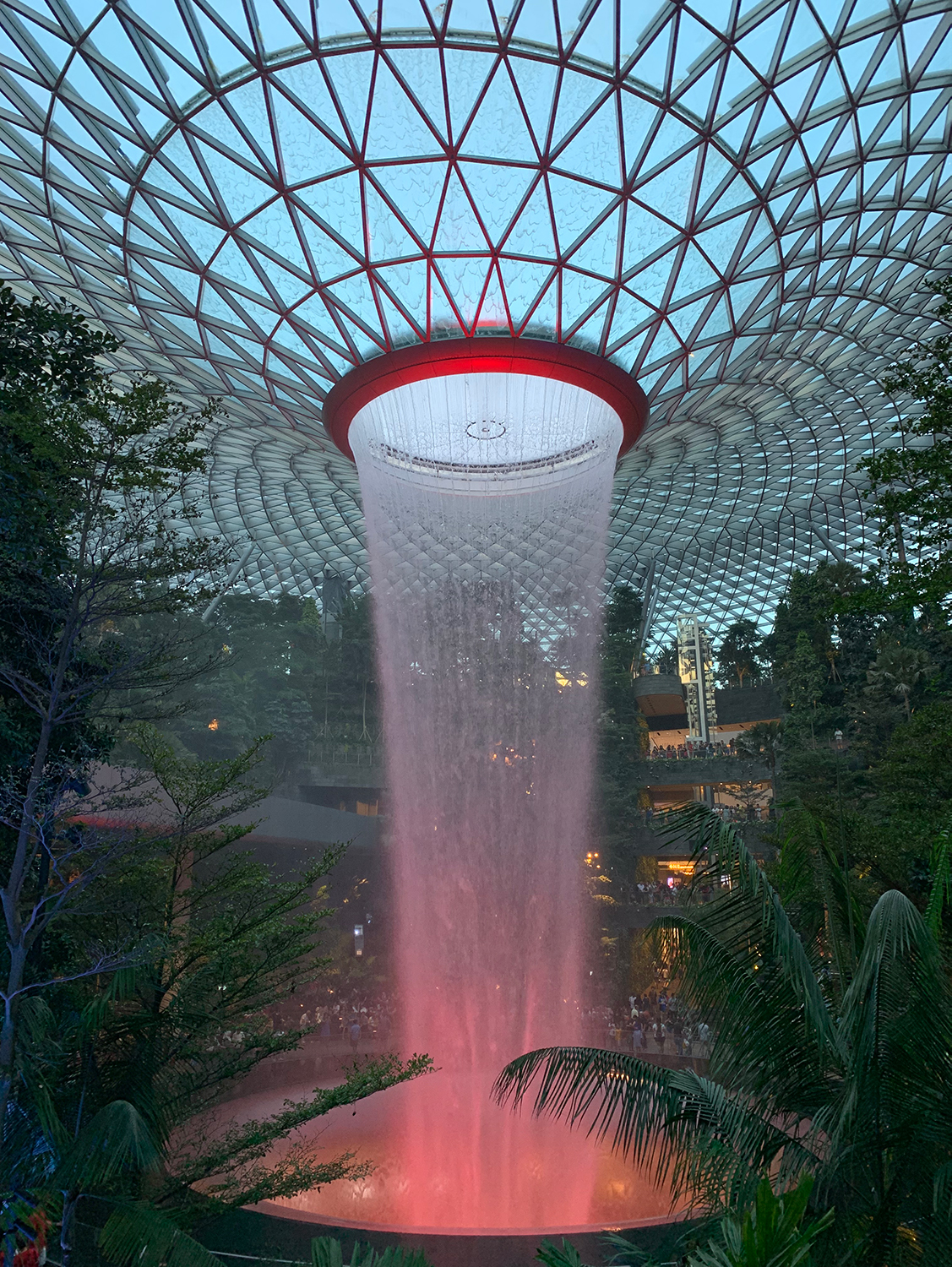 The week before I left the UK I was on a road-trip with my daughter Rosie; recently new to Van Walt. This week I was on the road with Dirk who just passed his seventh year as manager of our New Zealand branch. In both cases we travelled to the North West, with Rosie to one of England’s nuclear heartlands and with Dirk to the erstwhile coal mining region including Pike River Coal Mine, the location of a major disaster in 2011. 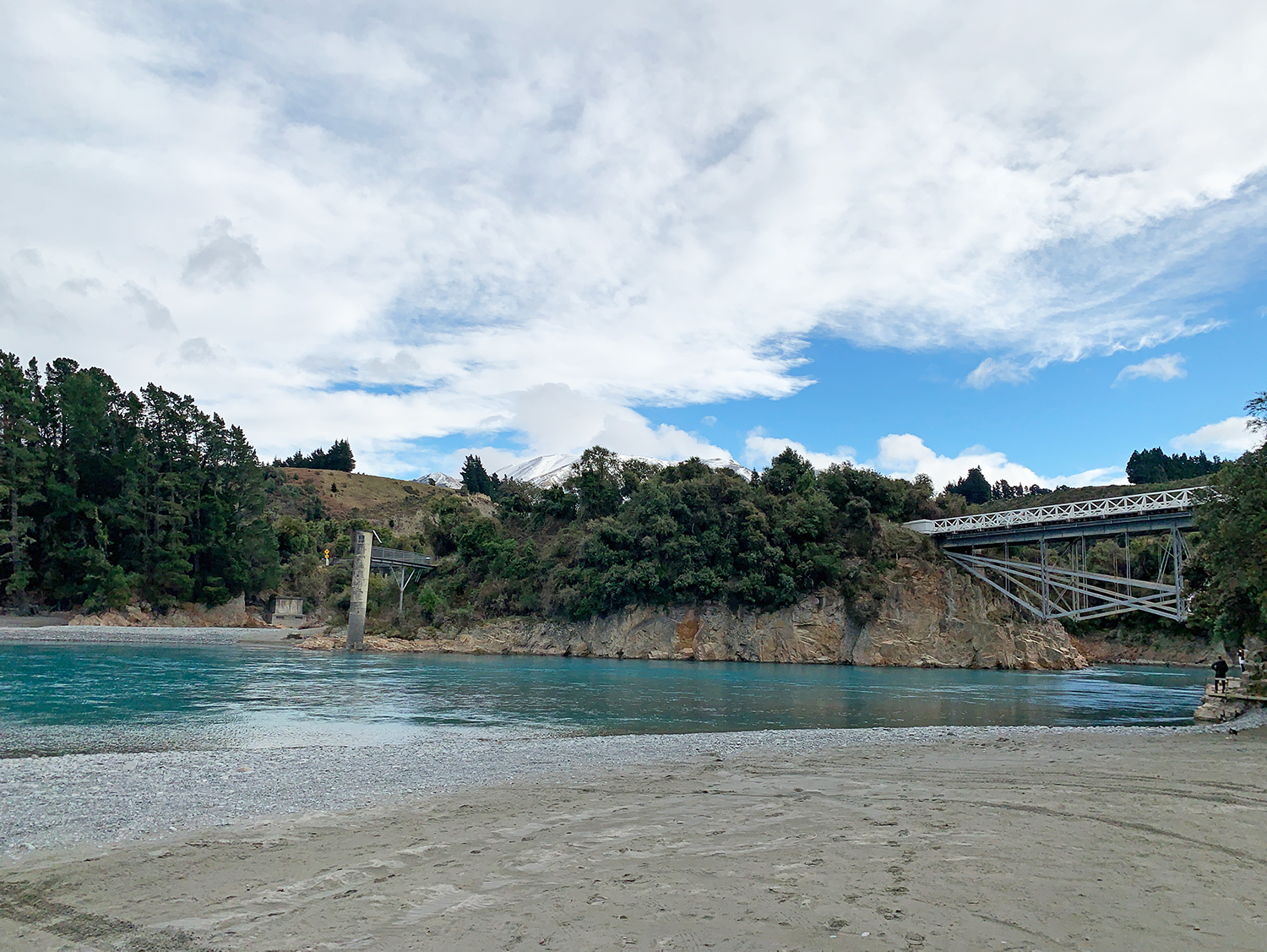 Mostly parents continue to view their adult children as if they were still 6-year olds but not on these trips.  I’ve been  privileged to have been able to experience this and I dare say that I’ve learned more from them than they have learned from me all within the context of beautiful scenery; pastoral Cumbria, rugged and eye-popping glaciers around Franz Josef and quirky bars in Christchurch. Thanks Dirk and Rosie.

And so back to reality as I sit while writing this, listening to Beethoven piano concertos and looking forward to welcoming and training a new colleague, Johnny Stewart, to the folds of Van Walt. 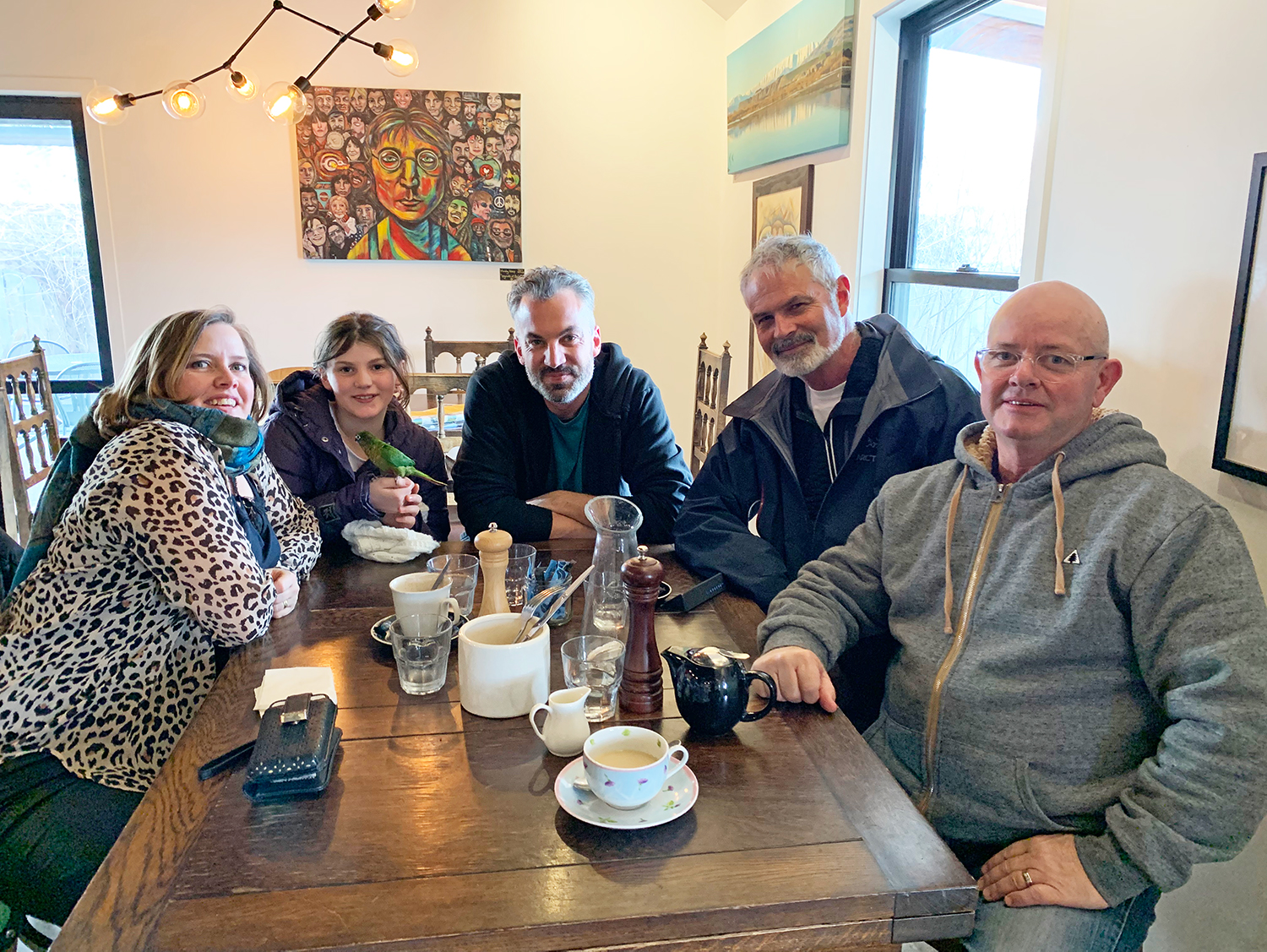