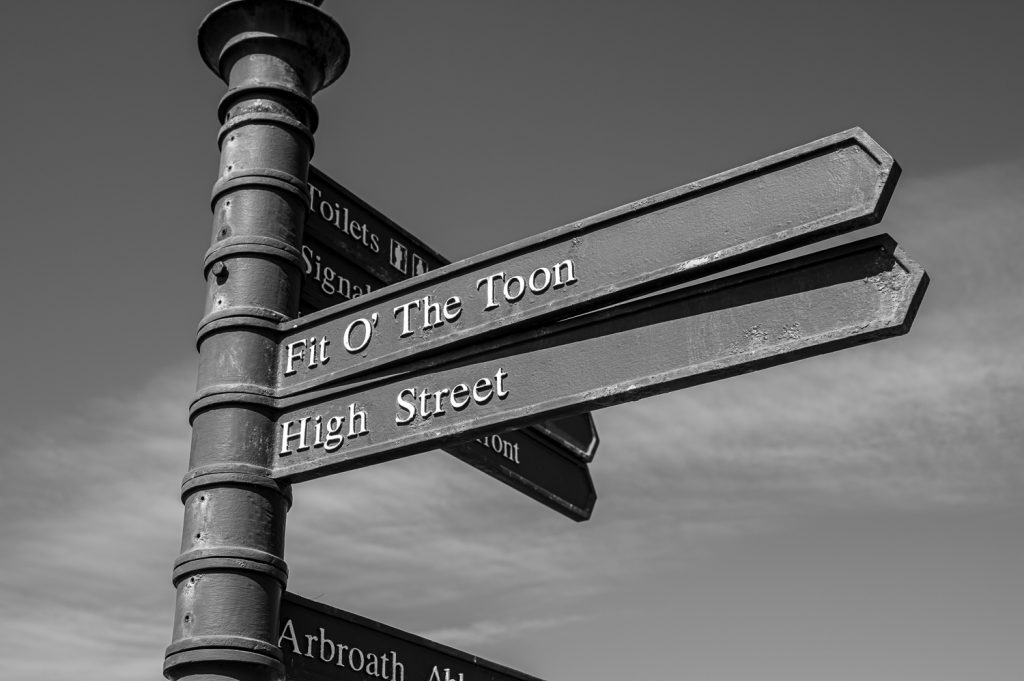 “When in Rome do as the Romans” is mostly a wise attitude and usually works well but I’d caution the traveller to be circumspect when applying this adage to culinary experiences. After a 14 hour flight to Tokyo I’d now be slightly wary of accepting the recommendation of sea snails as a starter. They are the size of a large tangerine and you prize the snail out of its house with your chopsticks (a small feat in itself) and you are greeted with the smell of sewers and the taste is no better. 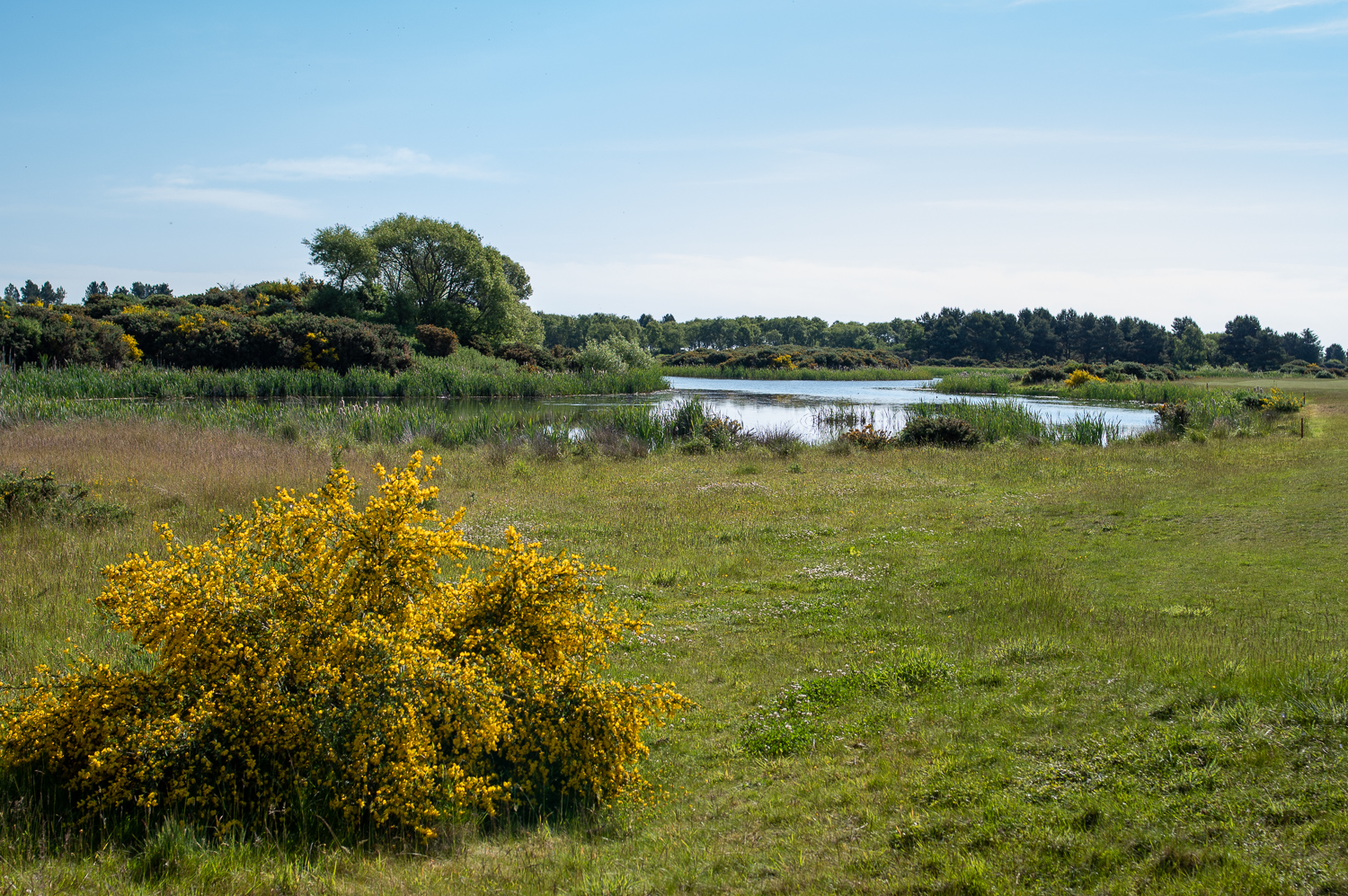 The Gower Peninsula in South Wales is beautiful and what better choice at breakfast than Laverbread with your eggs and bacon. I imagined a coarse whole wheat flat bread. Don’t bother; it’s seaweed mush and it is dished out in a small bowl, green and gloopy and it tastes vile.

But I digress because this story is about Scotland and telemetric installations. I woke up with rain and we were going to get wet so the choice of a hearty “Full Scottish Breakfast with Haggis” seemed a no-brainer. I’d had haggis once before, more moons ago than I care to admit to, and I remembered it as a hefty sausage-like appendage the size of a mango.

You sliced it up and from my vague recollection it tasted fine. That is not what was served. Beside the undercooked fried egg and anaemic bacon and single sausage a plaque of mustard coloured gloop was presumably the haggis and it tasted as bad as it looked. The next day I had porridge with lashings of cream and honey and I’d recommend that as a much safer choice. 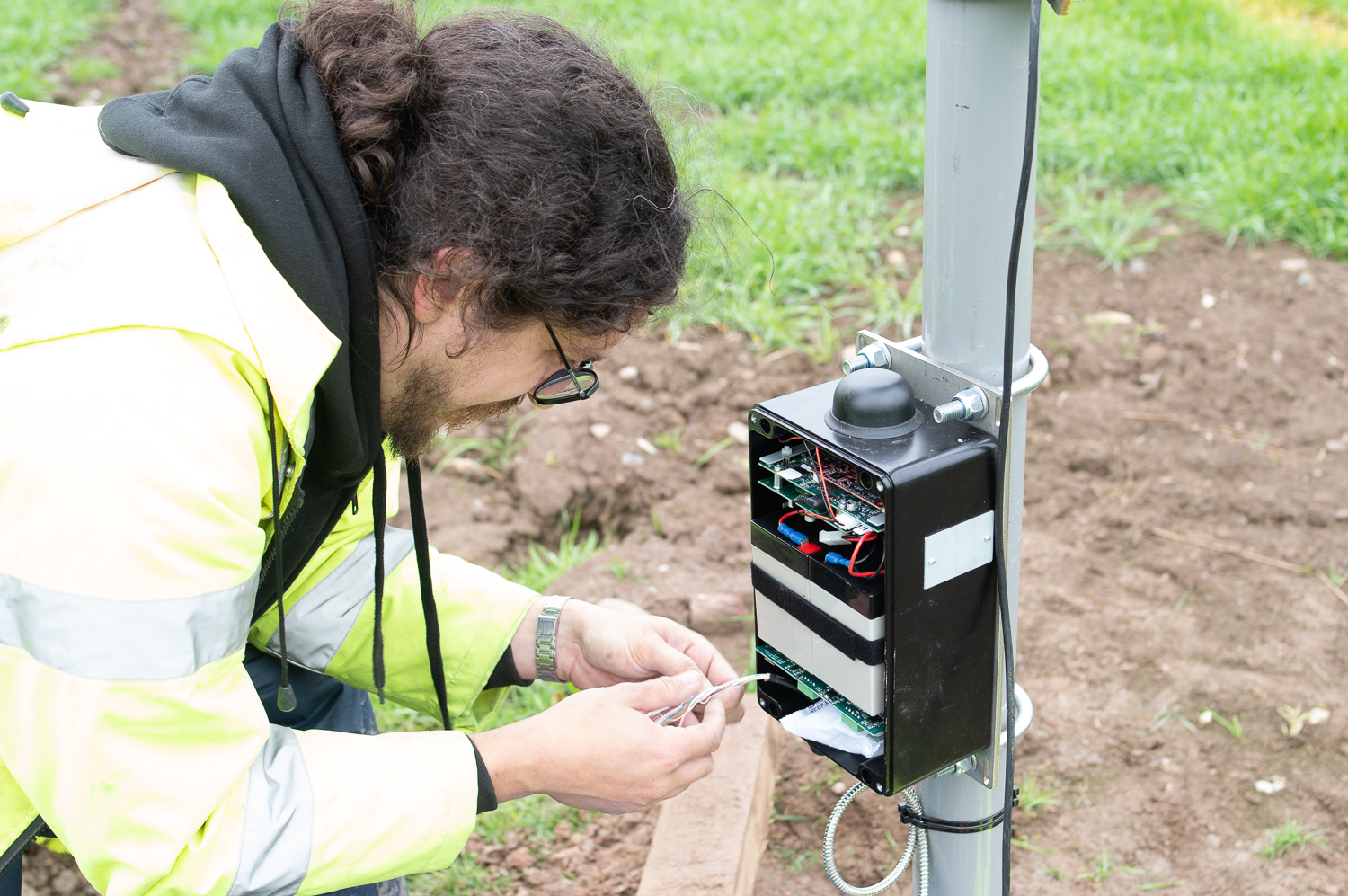 So onto the point of this story which is to tell the reader a little of the trials and tribulations of installers of environmental equipment and it starts with another point of wisdom: You are never well enough prepared. In the Eastern Congo I’d brought a buffet of tools. I needed a 7cm spanner. I carried a 6 and an 8 and it caused havoc and a half day’s delay in trying to find the right one in the middle of the jungle.

Nowadays all installations start with a health and safety induction. This time, for reasons which I need not divulge, we were lucky enough to have two. Needless to say that ate up half a day and another quarter trying to discover to whom the courier had delivered what proved to be elusive external antennae. 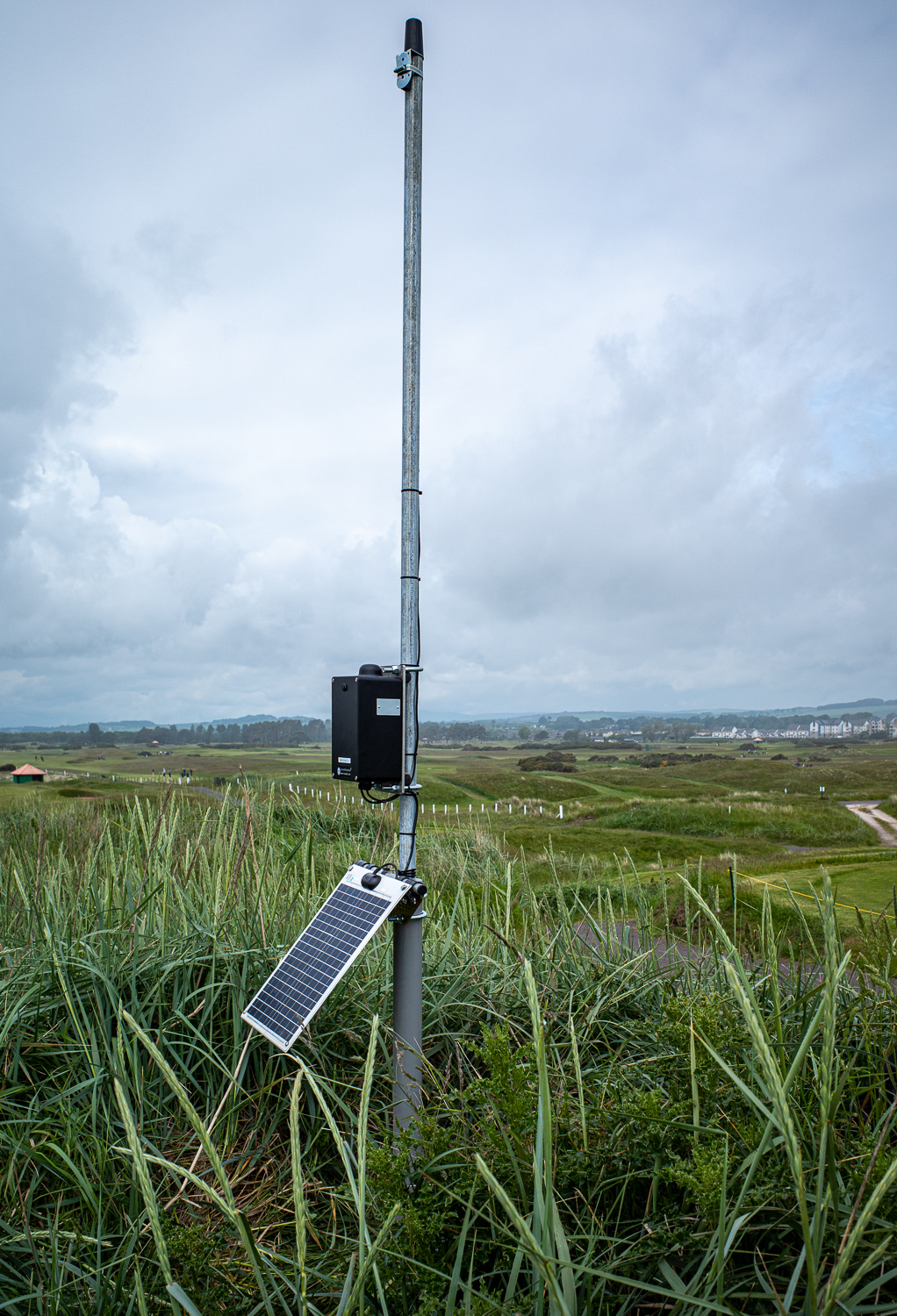 Installing our telemetric solutions; a combination of GPRS and radio frequency transceivers, should be quite straightforward. You make a hole, insert a post, clamp on the unit and solar panel, connect a sensor, chuck that in the well and finish by connecting the battery. It’s that easy, but…..

First you need to find the wells which seem never to be where the map tells you they should be. Then you discover that at least one is in the middle of a field where unquestionably the installation will be combine harvested along with the crop of winter wheat. The sand is loose and so soft that the post will fall over in a gentle breeze and we have not catered for adequate soil anchors. 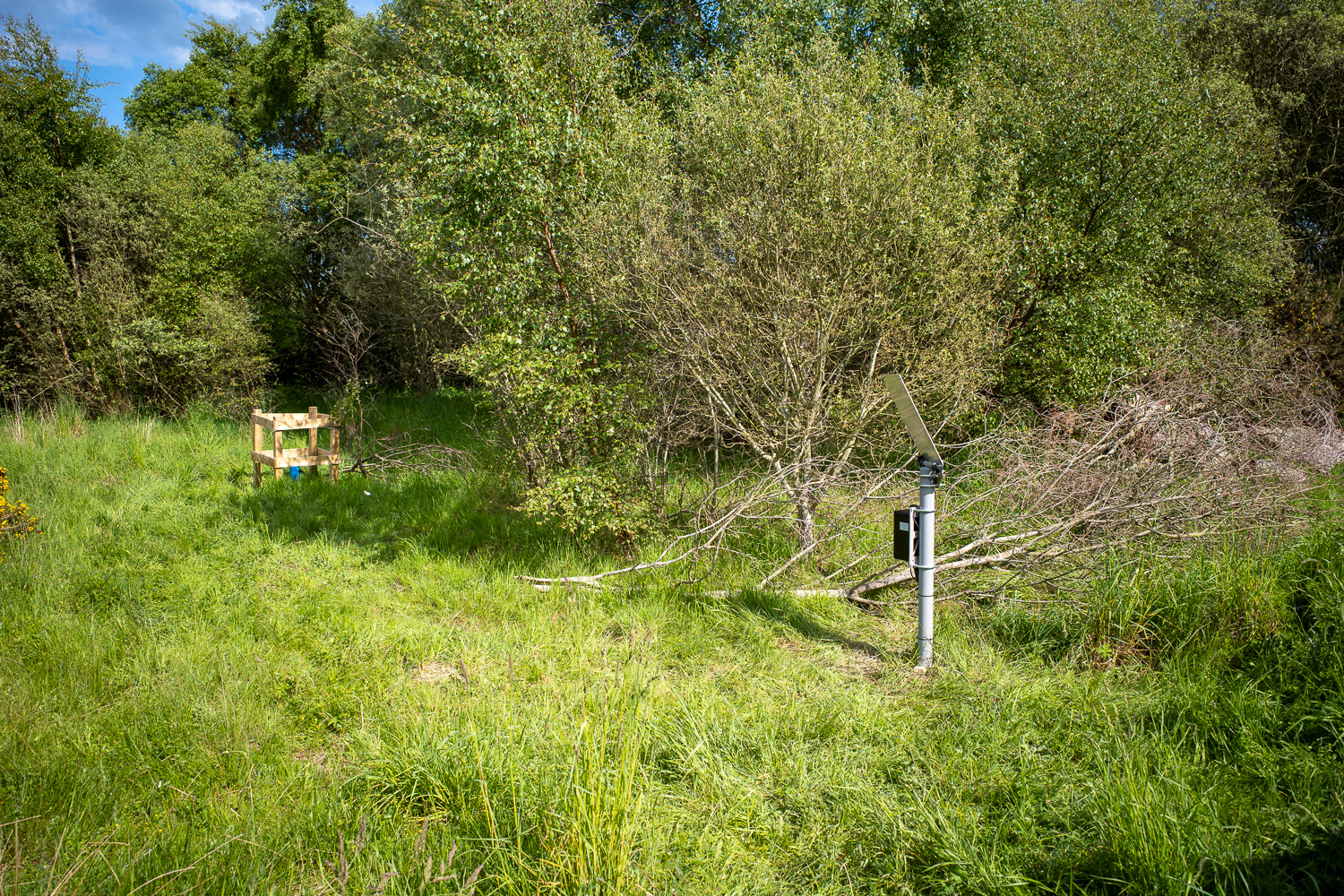 Radio frequency transceivers work “line of sight”. On Google maps the distance was only 2 km. Easy peasy…not. The dunes and thick vegetation lay heavy on that line of sight. Time to rethink. 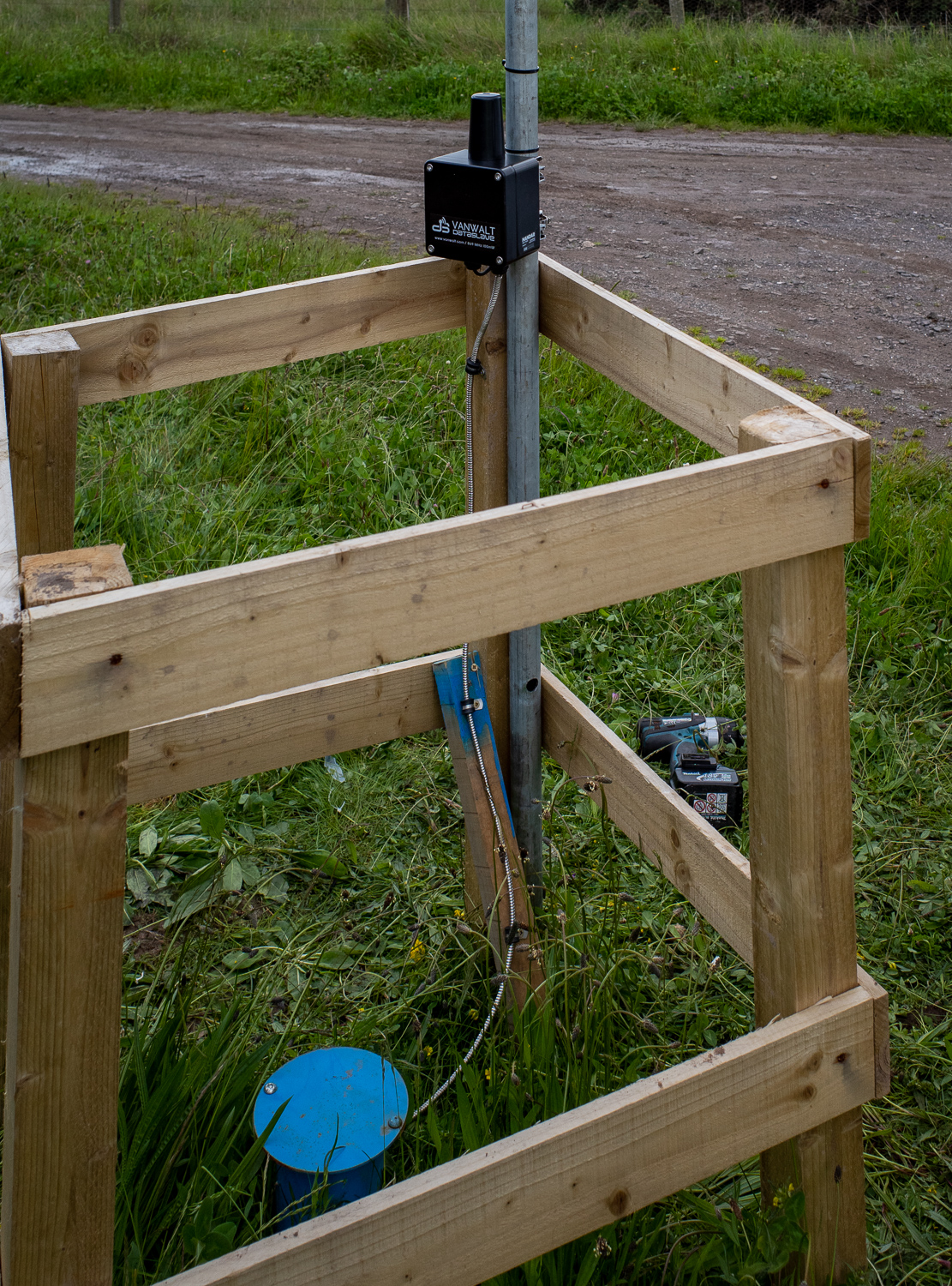 In the end we finished with half a day in hand and a time to do some sightseeing but that only by the grace of the amazing technology. Things worked despite the various spanners which had been thrown into the works.

And all this talk about Romans and carpe diems, brought into my mind a poem allegedly attributable to Don Herold, author and humourist (1889-1966).

“Of course, you can’t unfry an egg, but there is no law against thinking about it.

If I had my life to live over, I would try to make more mistakes. I would relax. I would be sillier than I have been this trip. I know of very few things that I would take seriously. I would be less hygienic. I would go more places. I would climb more mountains and swim more rivers. I would eat more ice cream and less bran. 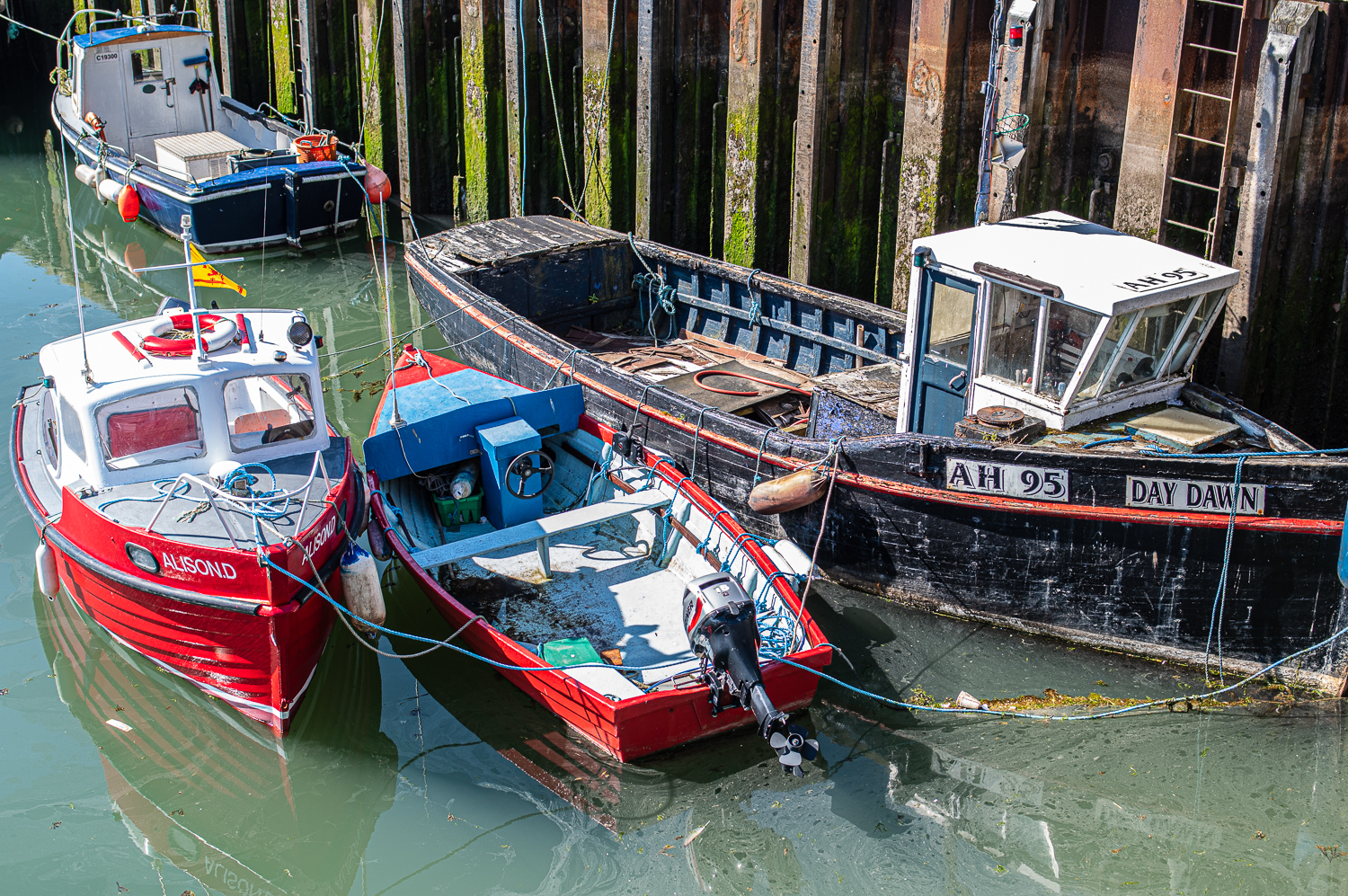 I would have more actual troubles and fewer imaginary troubles. You see, I have been one of those fellows who live prudently and sanely, hour after hour, day after day. Oh, I have had my moments. But if I had it to do over again, I would have more of them – a lot more. I never go anywhere without a thermometer, a gargle, a raincoat and a parachute. If I had it to do over, I would travel lighter.

It may be too late to unteach an old dog old tricks, but perhaps a word from the unwise may be of benefit to a coming generation. It may help them to fall into some of the pitfalls I have avoided.

If I had my life to live over, I would pay less attention to people who teach tension. In a world of specialisation we naturally have a superabundance of individuals who cry at us to be serious about their individual specialty. They tell us we must learn Latin or History; otherwise we will be disgraced and ruined and flunked and failed. After a dozen or so of these protagonists have worked on a young mind, they are apt to leave it in hard knots for life. I wish they had sold me Latin and History as a lark. 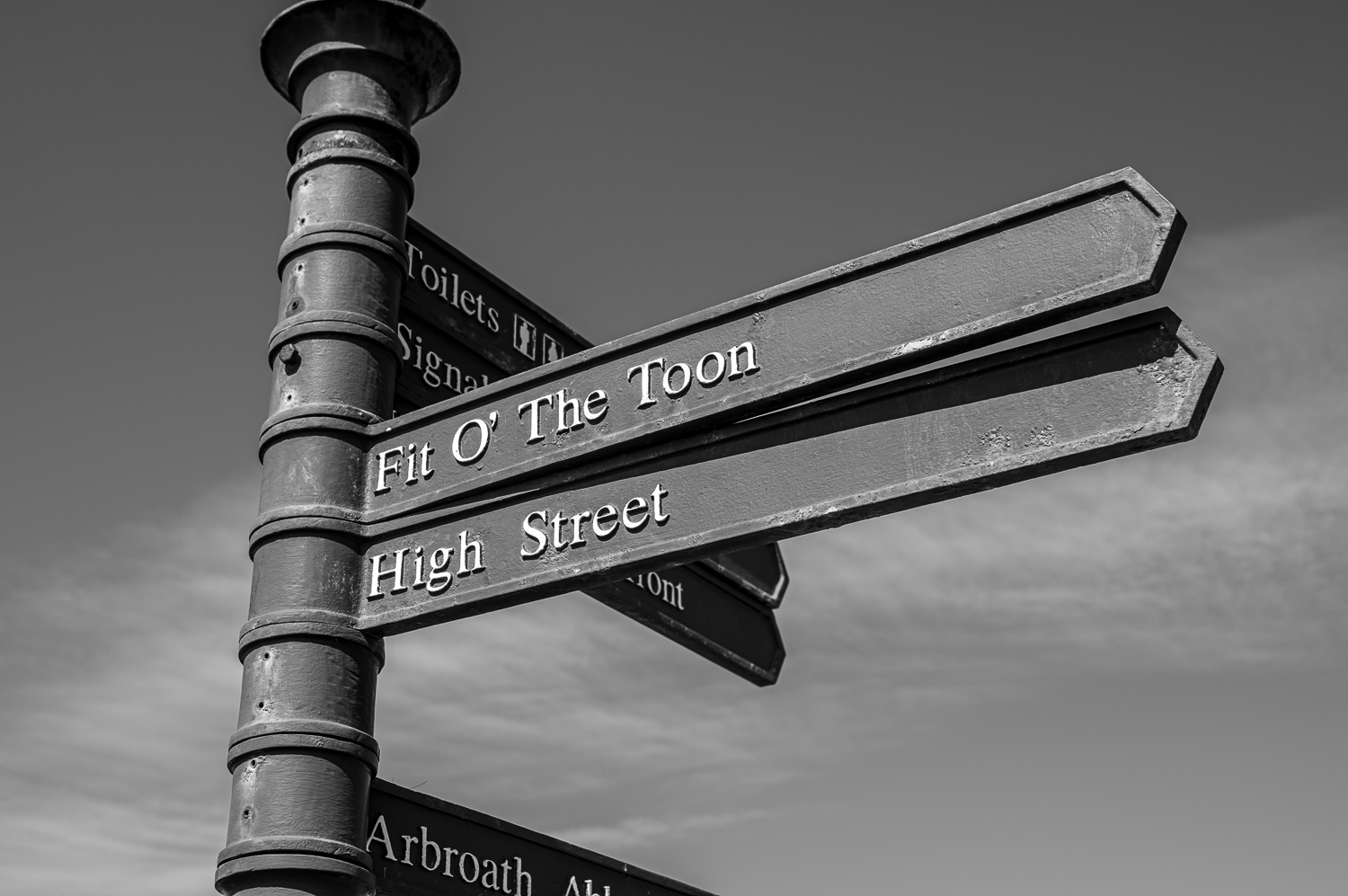 I would seek out more teachers who inspire relaxation and fun. I had a few of them, fortunately, and I figure it was they who kept me from going entirely to the dogs. From them I learned how to gather what few scraggly daisies I have gathered along life’s cindery pathway. 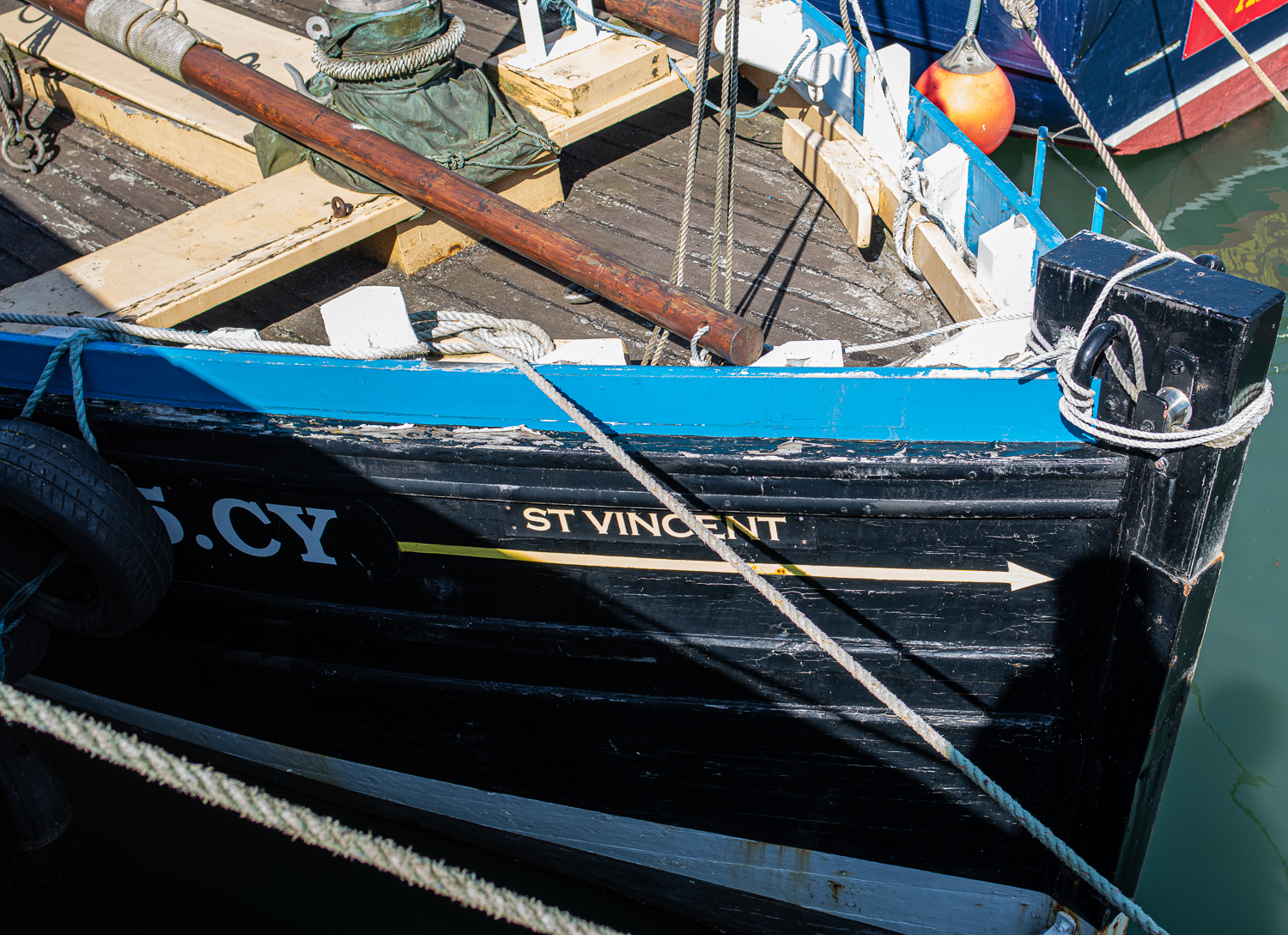 More errors are made solemnly than in fun. The rubs of family life come in moments of intense seriousness rather that in moments of light-heartedness. If nations – to magnify my point – declared international carnivals instead of international war, how much better that would be!

G.K. Chesterton once said, “A characteristic of the great saints is their power of levity. Angels can fly because they can take themselves lightly. One ‘settles down’ into a sort of selfish seriousness; but one has to rise to a gay self-forgetfulness. A man falls into a ‘brown study’; he reaches up at a blue sky.” 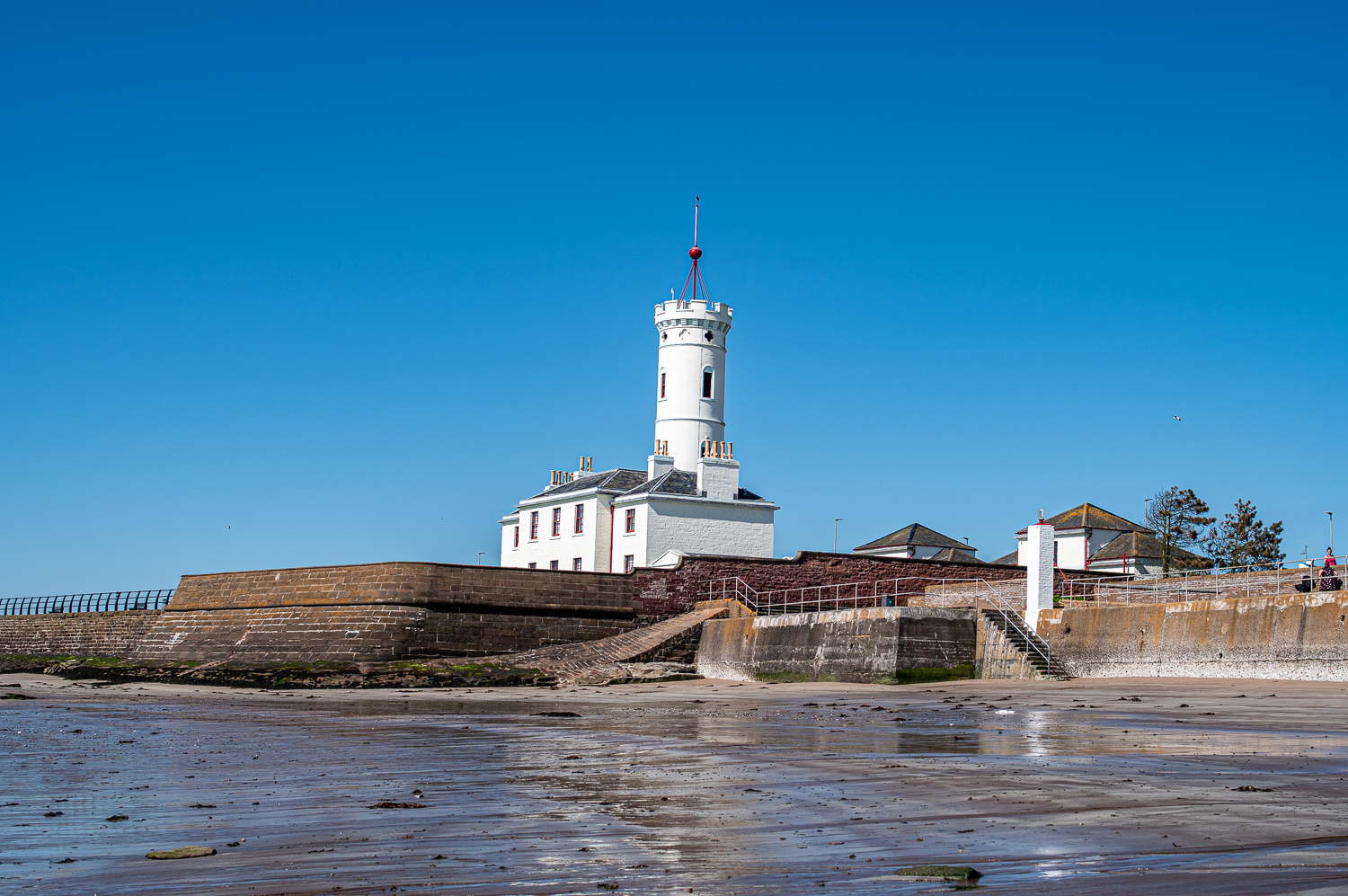 I doubt, however, that I’ll do much damage with my creed. The opposition is too strong. There are too many serious people trying to get everybody else to be too darned serious.

If I had my life over, I’d pick more daisies“

There are more pictures of Arbroath here: https://vdubois.myportfolio.com/arbroath