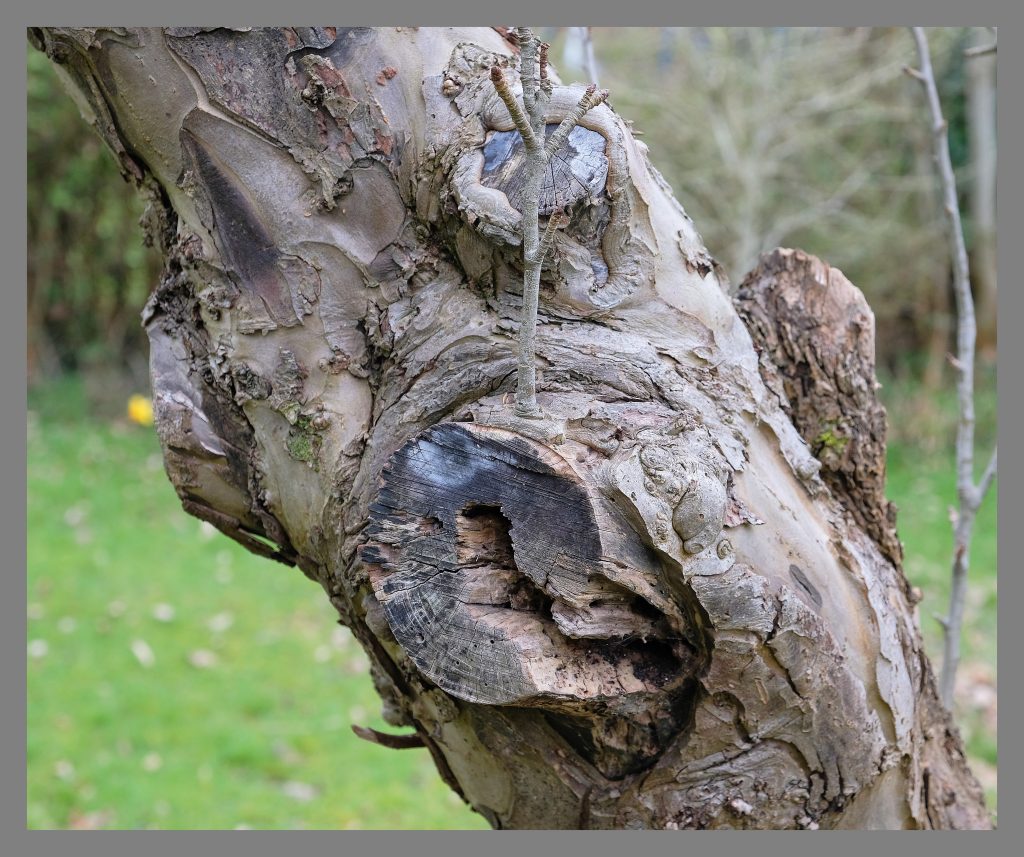 Some are fascinated by clouds, others by mountains. I happen to like trees. 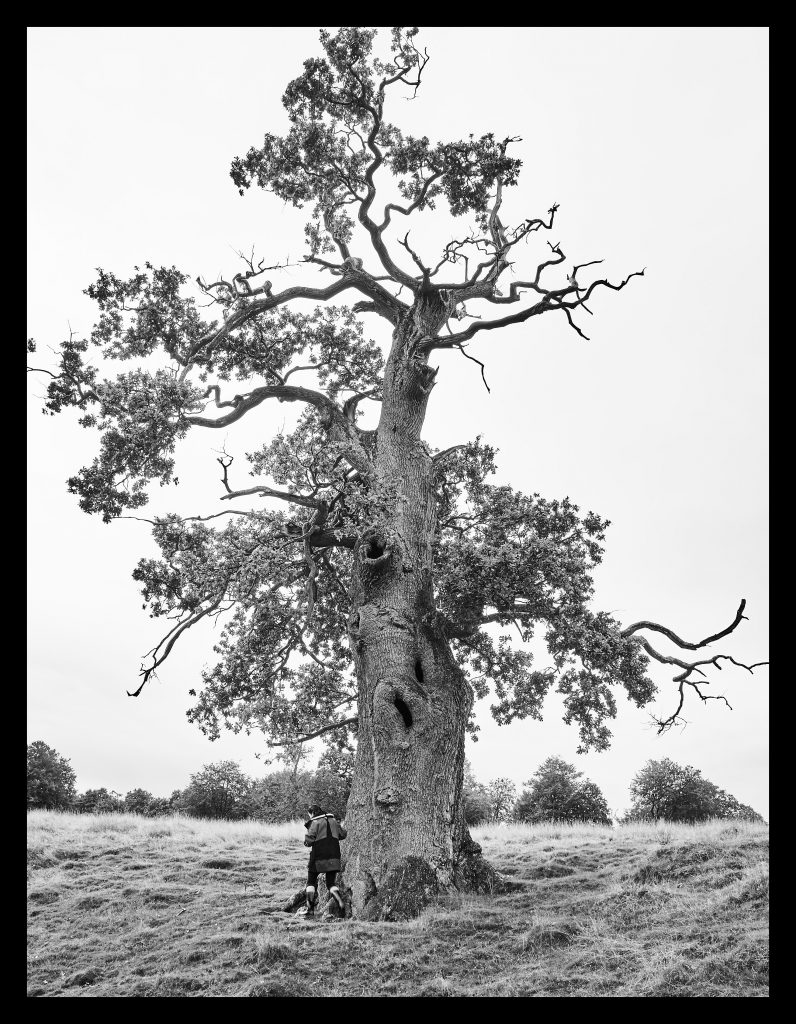 Petworth Park is in Sussex and only a few miles away from where I live. This old oak must be at least a thousand years old and I’ve photographed him in all seasons. He stands firmly on top of the ridge overlooking the park and he doesn’t change much. He’s mostly trunk and if in Africa he’d be confused for a Baobab. 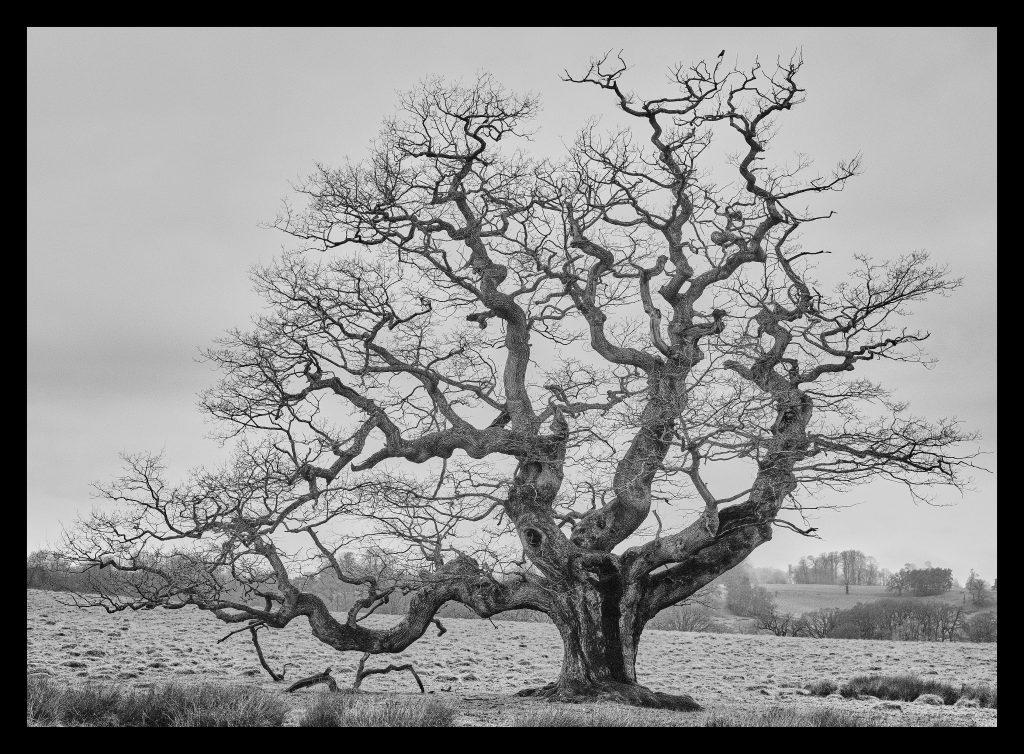 Not nearly as majestic as the neighbours in the valley but he is still the king and he knows it. He’s seen all kind come and go and he’s not intimidated by the younger and prettier models.

When I finally make it up the hill there is a seat and you can see right across the park but the big house is hidden behind a rise. But you’re not missing much. The house is not the reason you’re here.

And after a rest I walk down to my friend and start a chat. He rarely answers but he’s a good listener. But when he does say something and it is a deep whisper, it behoves you to listen because he has a thousand years of wisdom.

The apple trees in my garden are much younger but they’ve aged less well yet their gnarled stumps are beautiful nonetheless.  They listen too but never answer. 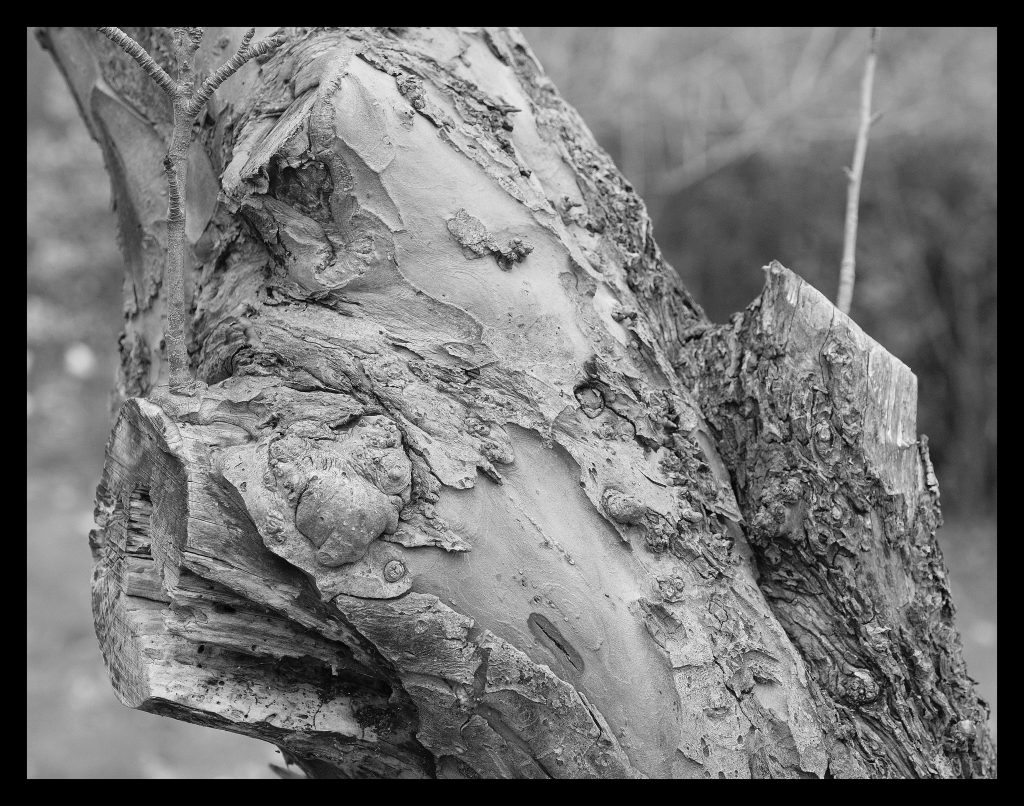 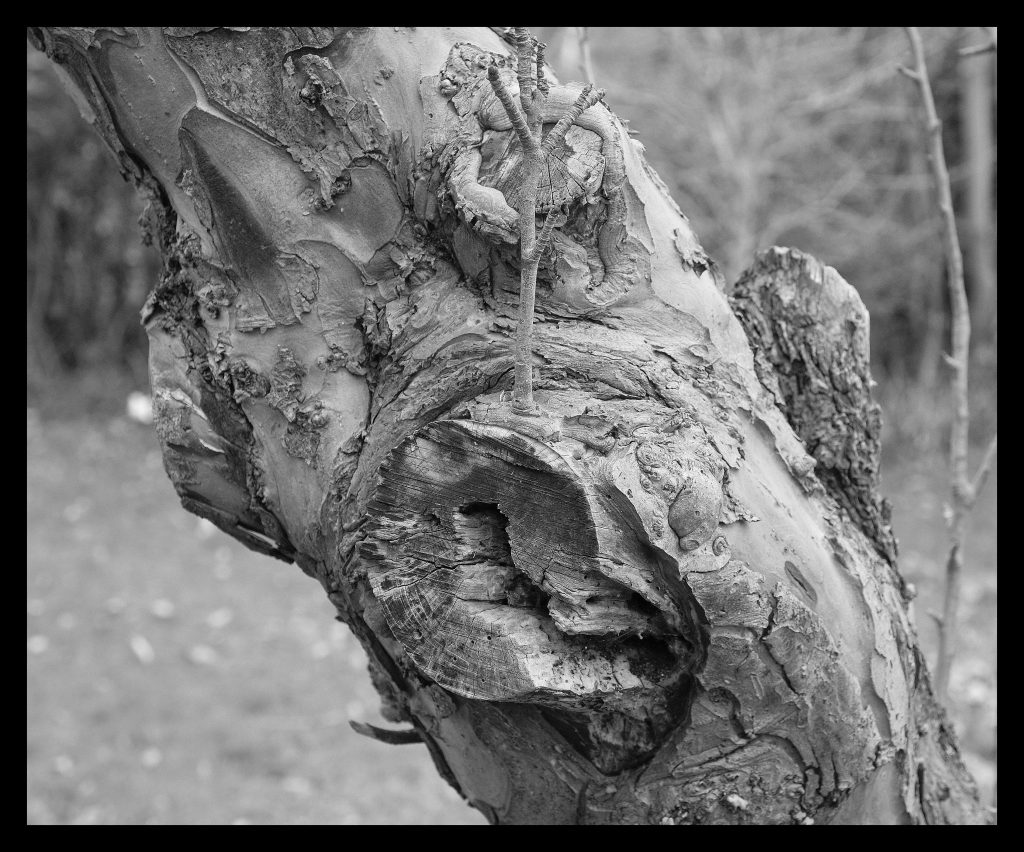 And if you think I’m completely loopy, you are most likely absolutely right.  But talk to trees sometimes. You might find it revealing.