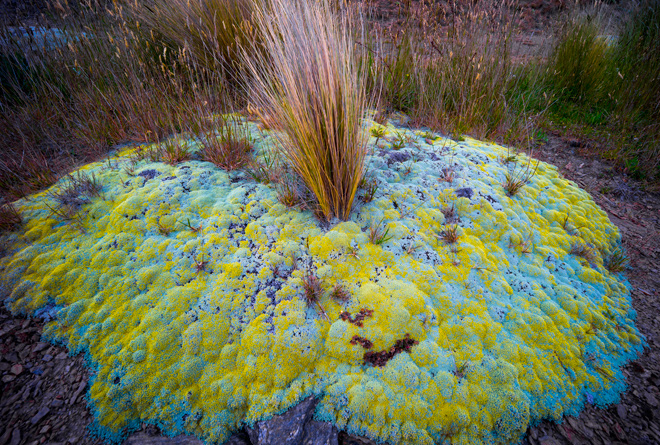 Late last year I got the opportunity to attend a major international academic conference as a volunteer helper, free of charge. I had never been to this type of conference before but presenting at that level is one of my aims as a PhD candidate, so I jumped at the chance. In early December I hopped on a plane in Dublin and after several connections I hopped off a train in Lille, Northern France, to help out at the British Ecological Society’s joint annual conference with the Société Française d’Ecologie.

As well as consuming a vast number of left over pastries and lakes of tepid coffee, we volunteers got a good insight into just how large the event was. We laid out over two thousand name badges, branded bags, pens, notebooks and conference programmes for those attending the conference in Lille’s Grand Palais. Over three days, seventy-two sessions were conducted, with four or five presentations in each session, and there were also plenary talks every morning. Deciding which sessions to attend was a big challenge so delegates nipped in and out to see particular talks, adding to the bustling atmosphere.

Sitting in on sessions, I was able to get a feel for the current trends in ecological research. Community ecology and pollination had the most coverage, with four sessions each. The other dominant themes included large scale ecology and biogeography, soil science, conservation, bio-eco function, forest ecology, evolutionary ecology, ecology of biological populations and global change (including climate change). Perhaps unsurprisingly, the use of big data was quite pervasive. Surveys for academic research, governmental monitoring schemes and NGO conservation projects have lead to the accumulation of biological data in parts of the EU and the USA. The existence these data banks and increasing power of affordable computers allow us to investigate ecological processes on a larger scale than ever before. Several of the sessions I attended across different themes featured talks based on analysis of large datasets amalgamated from various sources.

Academic conferences offer great opportunities for networking and socialising. Make a good impression with the right people, and contacts you establish at conferences can result in productive collaborations, publications and even help to set you up for jobs after you graduate. A student who works in the lab with me found another landscape ecologist and they are planning to work towards a joint paper. The social highlight is, of course, the conference dinner and entertainment. Entertainment at conferences can be a bit hit or miss, but this time, it was bang on. My initial reservations about a ceilí with an English band in a French city evaporated as I witnessed scientists from four continents whirling round in circles, sets and confusion over the course of three hours.

The conference was a great experience. It is a little intimidating to think that I will need to bring my game up to the level of the talks I saw. After straining my French vocabulary to the limits over the three days of volunteering, I am deeply impressed by other PhD students who perfected their second language as well is their science to present in English. There are so many presentations to attend that it is hard as a delegate to avoid succumbing to fatigue, and sometimes the talks merge into a mass of information. My biggest challenge will be to make my talk memorable for the right reasons when I present at the end of this year.