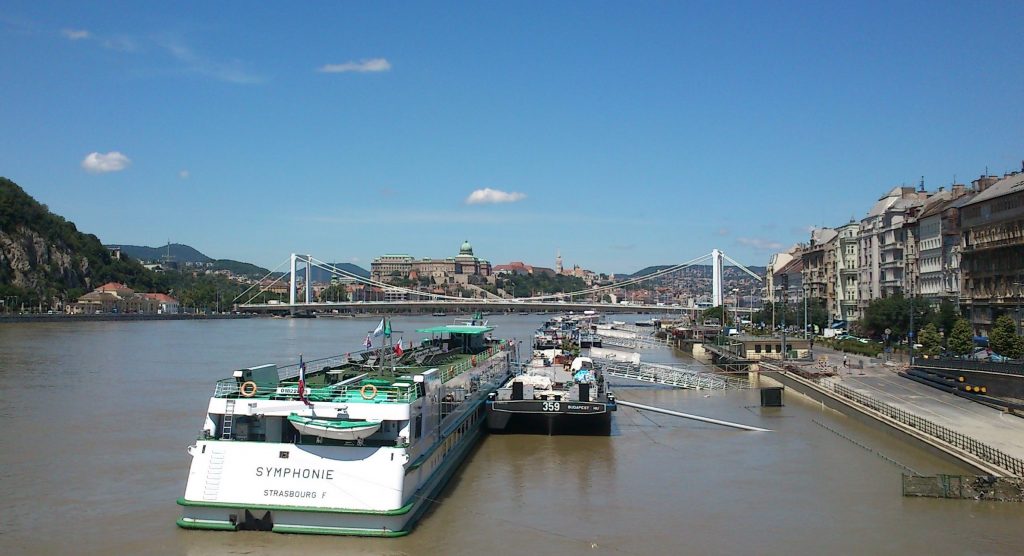 The 11th & 12th of June 2013 saw the bi-annual Xylem YSI International Sales Partnership Conference take place in Budapest, capitol city of Hungary and situated on the River Danube. As we’re all aware from the news, this part of Europe, as have many other areas, has been hit hard recently by the heavy rain fall causing the Danube to burst it’s banks in certain places. The flooding was still visibly evident as I managed to take a walk alongside spanning three bridges where the lower side road was under water and access to these was cordoned off by the police.

Although I am not in the sales field, from a technician’s point of view the most impressive piece of equipment being presented by the Xylem YSI team, for me, was the EXO sonde.

EXO hosts an array of specialist features and is unlike anything currently available in its field. The Smart QC monitors the system operations checking for faults and errors to ensure successful deployment, with wireless communication between sonde, the handset incorporates a colour backlit screen; no cables. Copper alloy components protect the equipment and the smart park wiper provides an anti-fouling system second to none to assist and maintain performance of data when deployed. Titanium laser welded sensors with easy disposable and  replacement tips.

If the temperature probe fail’s, there’s an inbuilt back up in every other probe. CDOM (chlorophyll) and now FDOM (fluorescence) measurements, a parameter combination providing a Total Algae solution more than proving their worth specifically regarding a new and real threat of Blue Algae, a particularly nasty version which was reported as being responsible by the United States Environmental Agency for causing one case of death to a dog and several identified conditions of skin infection to human beings through exposure to infected water.

Amongst a selection of case studies presented, the two most interesting for me were from Finland (peat burning) and the United Arab Emirates (coastal monitoring) through buoy deployment – pronounced otherwise as ‘boowee’ – if you know what I mean. All in all an eye opening enlightening introduction for a freshman to the environmental world and just how important this subject really is. So here I am stood at my sink with our rental fleet of YSI Pro Plus & 556 and it feels like just a drop in the ocean!

My thanks to Darren, Ian, Val, Chris, Eloy and Wolfgang for all making me feel welcome, I thoroughly enjoyed my time in Budapest. A very beautiful city, with some great architecture to take in, this is a place well worth a visit.