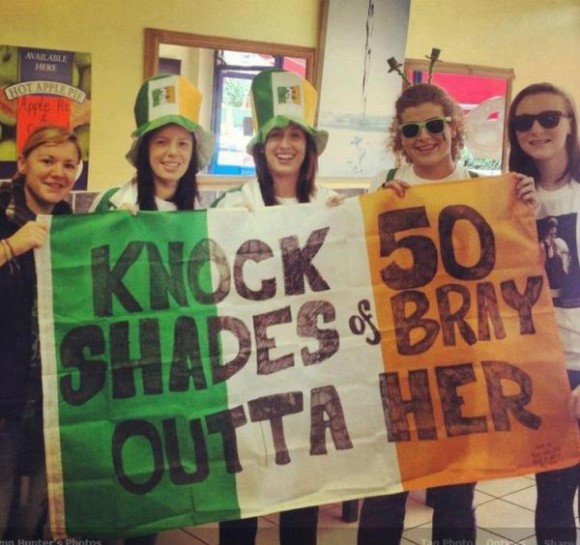 “Euriphile,
Thou wast their nurse, they took thee for their mother,
And every day do honour to her grave:
Myself, Belarius, that am Morgan call’d,
They take for natural father. The game is up.”

I think it is somewhat befitting to employ just a little bit of Shakespeare, in this case from Cymbeline in order to sum up the conclusion of the 2012 Olympics. Through the tremendous coverage of these games we’ve witnessed unparalleled sporting achievements. Usain Bolt once again proves to be the fasted man alive, clocking in at a record breaking 9.63 seconds in the 100 metres with seven of the eight competitors coming in at under 10 seconds! It would be remiss of me to not mention the Irish Olympic boxing champion Katie Taylor from Bray in County Wicklow and the feelings conjured prior to her gold medal winning bout against Sofya Ochigava last week. Working away at sediment almost takes a back seat watching years of hard work, determination and sacrifice by these men and women aiming for the highest accolade international sport can bestow upon competitors… Sediment almost takes a back seat! As I trawl through some of the literature on sedimentary facies the television is firmly fixed to the coverage not out of any particular love of some of the more unusual events (such as the BMX finals) but mainly to remind myself not everybody will share my enthusiasm for sediment thus I must intersperse facies with fencing! However, it does have its moments when something visual beyond a graph or a table can be employed to draw out something dynamic and of possible future work. Like Olympic artistic gymnastics (yes I was watching this) you need to do something a little ‘dazzling’ and all too often ‘tricky’ in order to secure those points. From the SEM photograph of a microfossil, ‘dazzling’ and ‘tricky’ are employed loosely!

I’ve spent some time down in my alma mater, University College, Dublin at the School of Geological Sciences where I was working on some petrography and scanning electron microscopy (SEM). In the optical labs I spent my fair share of hours looking under the microscope at sample after sample of thin sections. Through these different analytical approaches, all involving the same principle of looking at the material under different magnifications some rather interesting insights into the characteristics of the Sundarbans can be made. Foraminifera (commonly referred to as ‘forams’) are uni-cellular organisms found in marine and brackish water habitats. Forams form shells known as ‘tests’ through either gathering detritus (known as agglutinated forams) or by secreting calcium carbonate (calcareous forams). The importance of forams is that they generally have a distribution in the marine environment which exhibits a distinct zonation. In this regard, different species of forams will tend to live within a particular zone relative to sea-level in which more salt walter tolerant calcareous forams inhabit the lower tidal extent and more agglutinated forams will inhabit the greater elevations. Vertical zonation of forams provides a scope by which relative sea-level reconstructions may be carried out. The presence of forams in my samples, although sparse (generally in microfossil studies of forams, one usually aims to count to 300 individuals to be statistically significant) as they do show some rather interesting insights, not least of which is the robustness of the foram to withstanding thin section grinding! The forams I have found appear to be calcareous, which is somewhat surprising as the presence of these calcareous species have been found in other mangroves to be highly depleted. Although a full study of forams in the Sundarbans has not been carried out, it does not seem to be all too impossible, save for the logistical aspects of coring and surface sampling for modern analogues known as a ‘training set’.

Although it is somewhat out of the remit of this project, such analysis in the future might have some bearing on the evolution of this environment but only time will tell. As a result of this I am reminded by the words of the great Russian novelist Leo Tolstoy from the classic War and Peace: “The strongest of all warriors are these two — Time and Patience”, thus we will have to wait and see what gems of knowledge might emerge from future work.