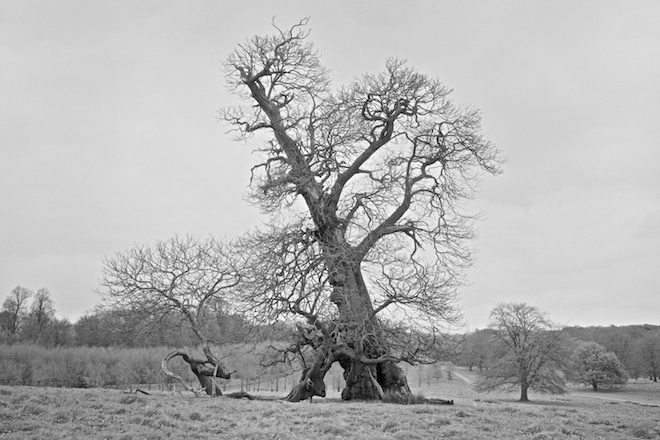 We’re very lucky to live just 7miles from Petworth Park. The late 17th century house is not in my taste but the park, landscaped by Capability Brown is just magnificent and boasts large flocks of deer and innumerable and ancient oak trees.

We go there for a walk as often as we can and I’m getting to know the trees which I greet like long lost friends. The scenery is different each time and I’ve experimented photographing the splendour of the oaks, many gnarled and disfigured by the harsh winds, with different formats including film. Yesterday I tried a modern incarnation of an Agfa Gevaert film which is slightly sensitive to infrared light giving interesting results. In a few weeks I shall go back when the young, chlorophyll rich leaves will emit even more infrared light. On the film they will come out almost white. Well, that’s the theory anyway.