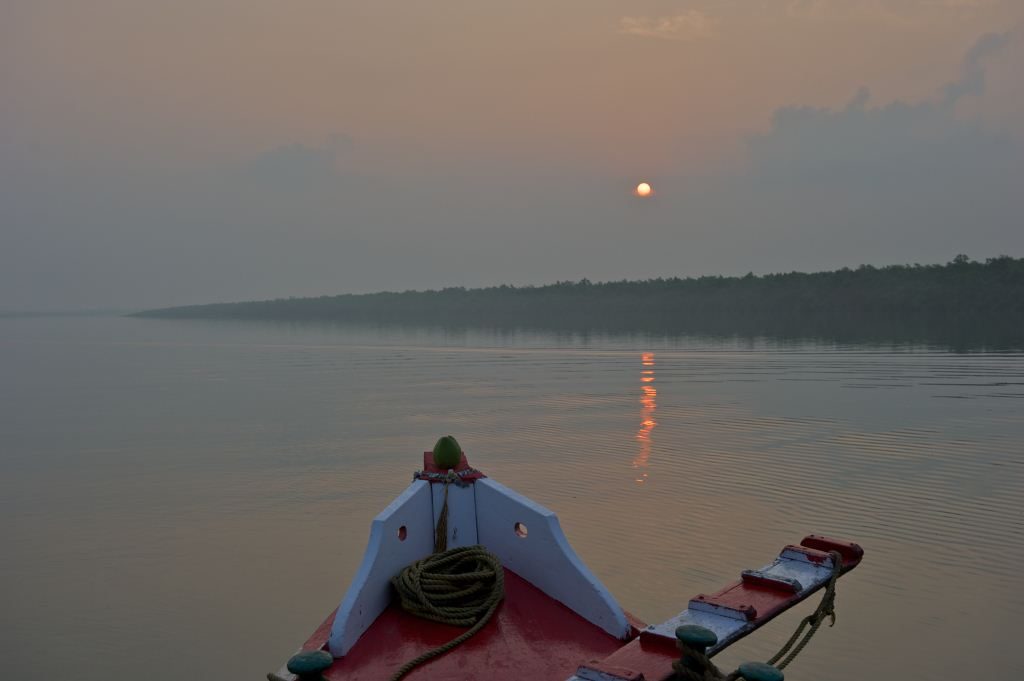 Spring is with us folks! Albeit, somewhat chilly and less chirpy than one might desire, with snowfall repressing the incremental blossoming of the snowdrop. Of course this time of February tends to be one of the more special occasions for couples. I’m sure as I write this there are a number of highly perplexed men standing in a Boots somewhere wondering which perfume is the right perfume! Of course, perplexing conundrums are presented daily to the sedimentologist, one of which has got to be; ‘Where is my sediment from?’

Sedimentary provenance studies has a remit to look at the location and nature of sediment source areas, the pathways by which sediment is transferred from a particular source to a basin of deposition and the factors which influence the makeup of sediments or indeed sedimentary rocks. Now, sediment can be derived as detrital material from say a weathered rock, however sediment may also develop in-situ through soil processes known as ‘pedogenesis’. Establishing the age of sediment, or more accurately the age at which the sediment was deposited is of immense importance as this essentially helps one determine how altered this material is and could this material have developed in-situ.

If the geochemical composition of sediment is one side of the coin, then time is of equal if not more importance on the other side. Thus, constraining time and the chronological development of sediment can be one of the most challenging aspects of any earth science project. Indeed, time can be a challenge or a benefit to any of us in any aspect of our dailey lives. Measuring time has taken on many guises, with the first attempt being made by the Church of Ireland Archbishop of Armagh, James Ussher, whom once determined that the earth was created on the night before Sunday the 23rd of October 4004 BC. We’ve moved on slightly from such interpretations in earth science, with the only commonality between our methods and that of Ussher’s being deductive reasoning of observed evidence, in our case that of radiogenic isotopes as opposed to Ussher’s biblical genealogy. Radiocarbon, carbon-14 (14C) is by far one of the most popular and accurate methods for age determination of material and can be used to date almost anything up to 50,000 years old! As Mark Twain once opined; “Age is an issue of mind over matter. If you don’t mind, it doesn’t matter.” Radiocarbon dating of bulk sediments from my cores has proven the value of remembering such a proverb. After dating material prior to Christmas, I was somewhat taken aback to find anomalous ages of these core specimens. These anomalous ages refer to ‘elderly’ carbon making their home with the more ‘youthful’ material, thus instead of having the oldest material at the base of one of the cores I had older material one metre above the base! However such issues with dating should not deter ones efforts and I think Richard Feynman sums it up most aptly; “Our imagination is stretched to the utmost, not, as in fiction, to imagine things which are not really there, but just to comprehend those things which are there.” I just have to work a bit harder at the ‘comprehending’ side of things!

Now, as it is Valentines and I’ve just been writing about dating, I shall leave you with something overtly sentimental and possibly useful for a Valentine’s cards for that special someone by the Bengali poet Rabindranath Tagore:

In life after life, in age after age, forever.

My spellbound heart has made and remade the necklace of songs,

That you take as a gift, wear round your neck in your many forms,

In life after life, in age after age, forever.”