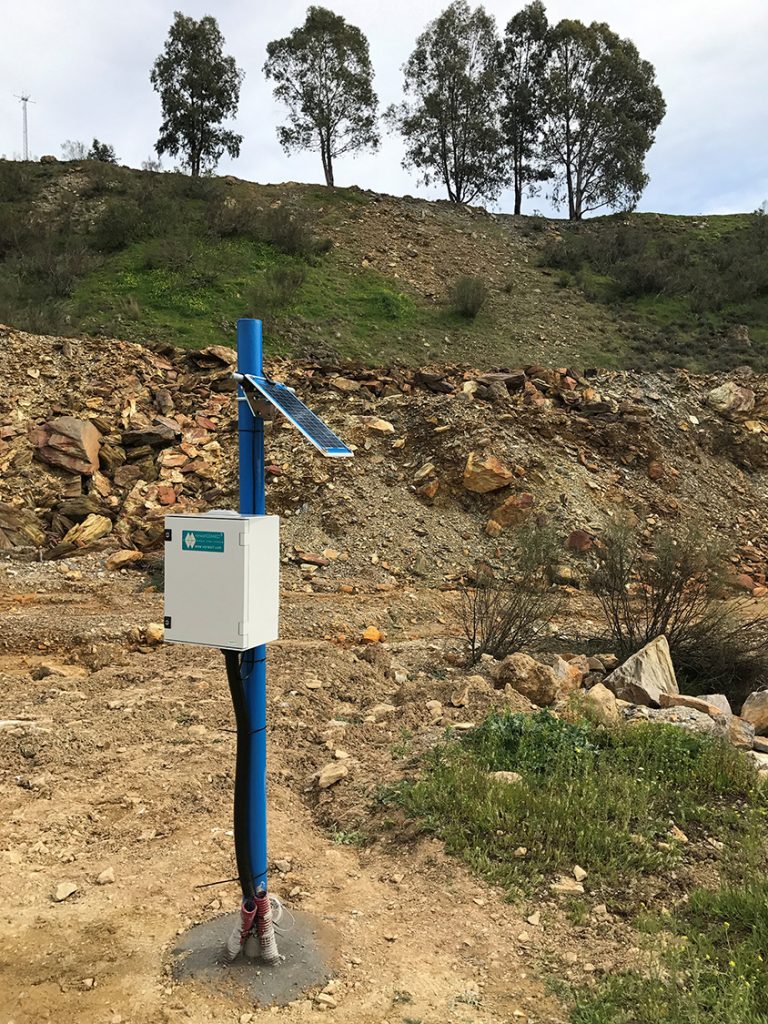 According to Wikipedia, “Telemetry is an automated communications process by which measurements and other data are collected at remote or inaccessible points and transmitted to receiving equipment for monitoring. The word is derived from Greek roots: tele = remote, and metron = measure.” Both vanwaltDataHub and vanwaltDataSlave are telemetry systems.

Why would you want data to be automatically collected?

What are the components?

vanwaltCONNECT; a versatile and flexible cloud platform which receives data from deployed sensors. Authorised people can log in to this interface to view, share and download data.

vanwaltDataHub; a powerful, power independent, telemetry data hub to which sensors are attached. The sensors measure parameters and provide data to the vanwaltDataHub. In turn, the DataHub transmits the data to the vanwaltCONNECT cloud platform. Mostly it uses the GSM network but there is an option for (Iridium) satellite transmission as well for those instances where there is no GSM coverage. 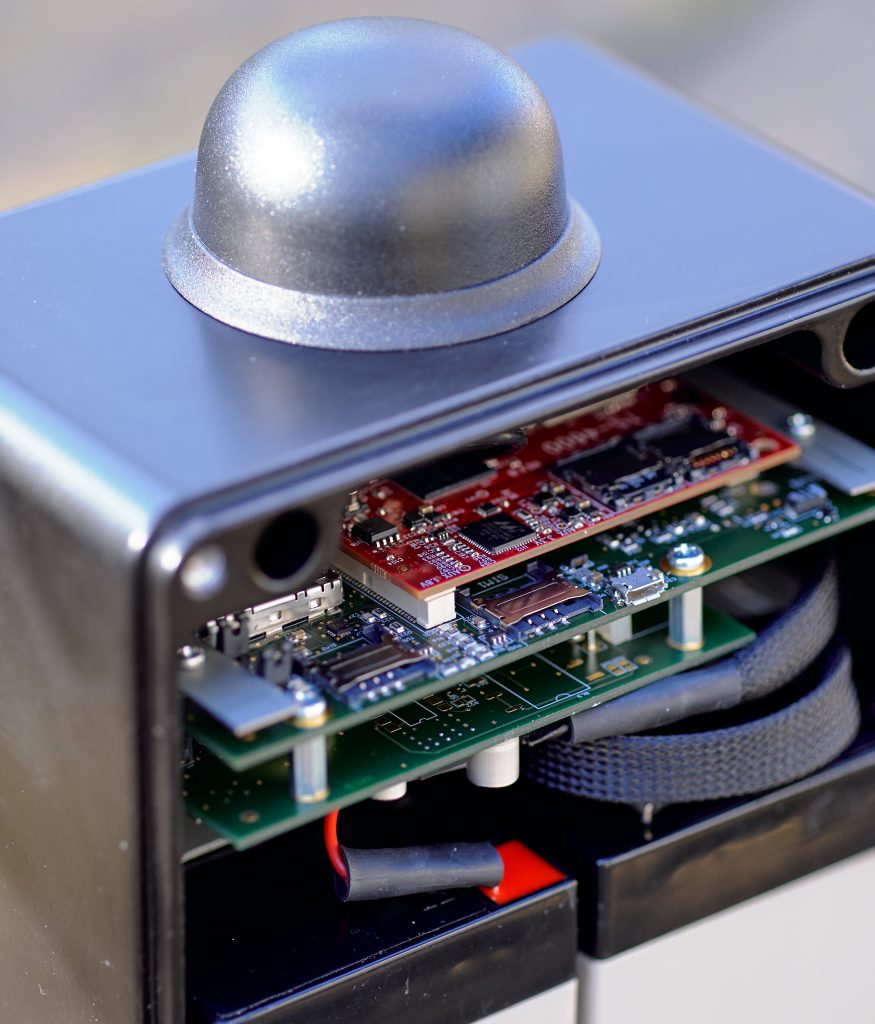 vanwaltDataSlave; is a data slave node which connects to (usually) a single sensor and stores data from that sensor on its internal memory. The data can be retrieved directly to a PC/Laptop by radio communication, line of sight up to 10km distance. Alternatively it can transmit data to a vanwaltDataHub by radio frequency and the DataHub then uploads to the cloud platform. Up to 50 DataSlaves can be served by one DataHub. 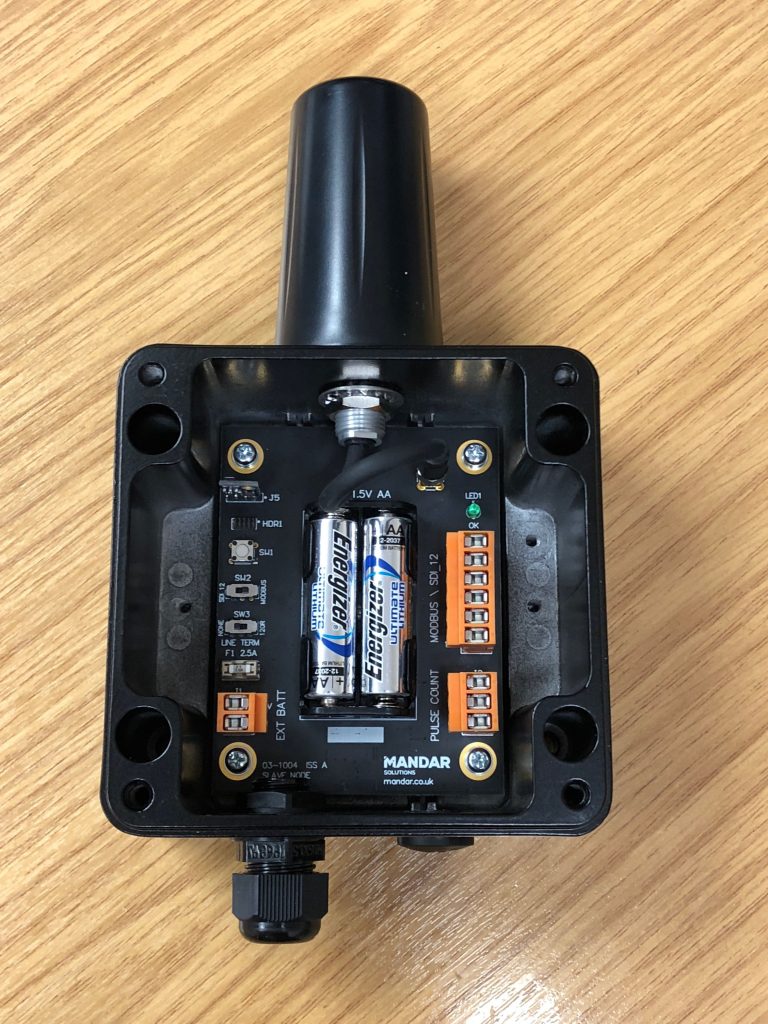 The vanwaltDataSlave collects data from a connected and transmits to your PC or to the vanwaltDataHub by radio frequency.

Sensors: These are the devices which measure a parameter. Examples are level, flow, rainfall, temperature, pH, soil moisture. Typically these are deployed in water or sediments or air. Sensors “talk” to other devices in a specific language. The recipient of that data need to be able to communicate in that specific language. The vanwaltDataHub is “multilingual” and can accept data simultaneously from different sensors using different “languages”. Examples of languages or communication protocols would be MODBUS, SDI-12, Analog, Pulse. 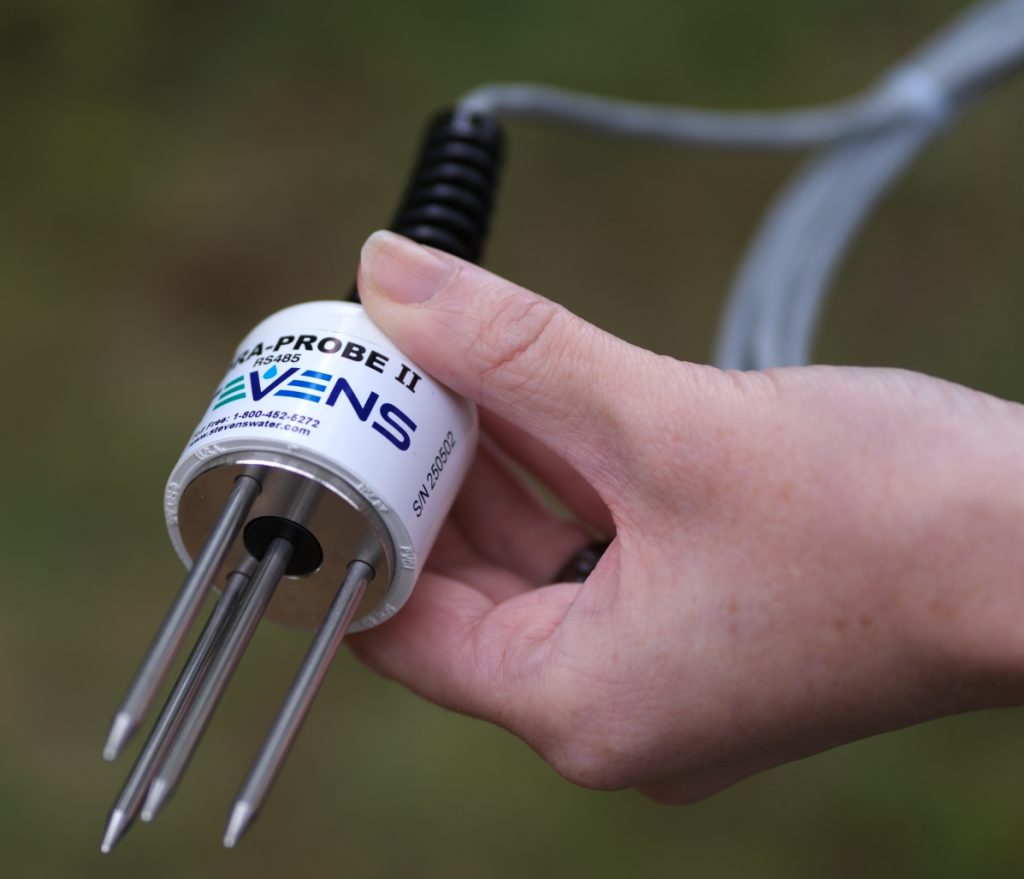 An example of a sensor. The Hydraprobe which measures soil moisture.

When data is critical, such as when an event causes human or property damage or loss then a system should provide sufficient backup. This can be achieved by duplication of systems. We would call this redundancy. It is also possible that by initiating a string of alarms to alert maintenance staff they are able to respond quickly and take fast action to minimise the critical nature of the event. 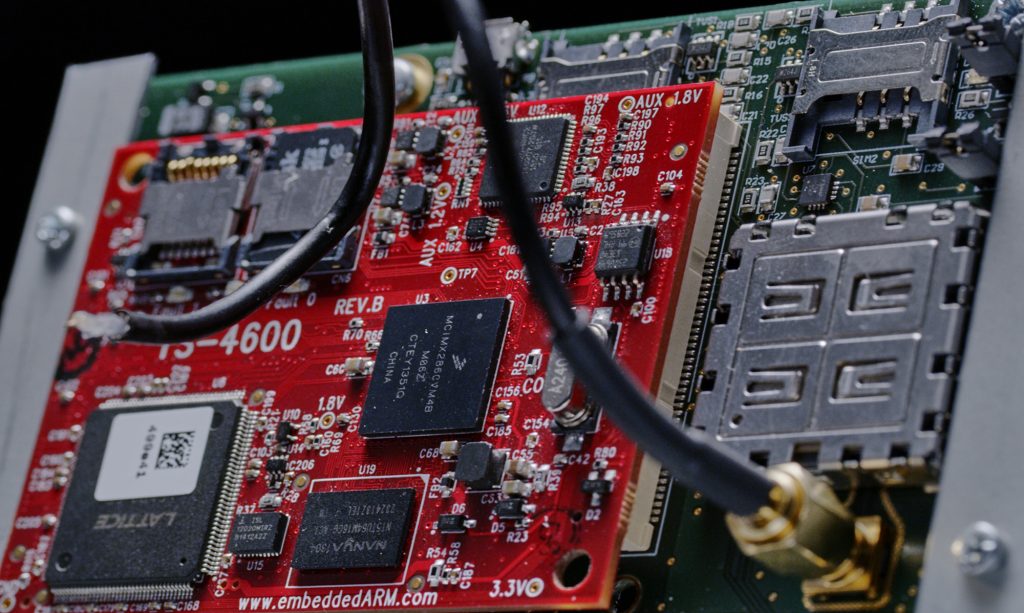 Line of sight: A straight line along which an observer has unobstructed vision.

2G/3G/4G: G stands for the “Generation” of the mobile network. The higher number before the ‘G’ means more power to send out and receive information and more efficiency.

Data redundancy: Storing of the same data in multiple locations, used for safeguarding important data in the event of hardware failure. Our Datahub uses 5 levels of redundancy.

Pulse counting: A method to record normally cumulative results such a rainfall or wind speed.

Parsing: The processing of data, it can be sorted or moved or broken down or arranged into a more manageable format or location for a user or program.

Radio Tile: The core of our DataSlave, a radio node is a transceiver which can send and receive data over long distances with very low power requirements.

mHz: A unit of frequency equal to one million hertz. Our device covers the license exempt bands, 434, 869 and 915 mHz.

Iridium: A collection of 66 satellites orbiting earth. We can utilise this network to allow data transfer in difficult and remote locations where there is no mobile signal.

GUI: Graphical user interface. A form of software that allows users to interact with electronic devices through graphical icons and text.

Slave node: In computer networking, master/slave is a model for a communication protocol in which one device or process (known as the master) controls one or more other devices or processes (known as slaves).

GPIO: A general-purpose input/output (GPIO) is an uncommitted digital signal pin on an integrated circuit. These general purpose pins have a wide range of uses on our DataHub system allowing switching and sensing of status to take place and tie in with alarms if required, making powerful control or sensing systems.

Non-volatile memory: A type of memory that can retrieve stored information even after having been power cycled, this can be a very important form of data redundancy.

SD card: Is a non-volatile write protectable memory the card and has been the standard since 1999.

Flash Memory: This non-volatile memory  is mounted on the board and can hold data ready for parsing or can be another form of data redundancy.

Solar array:  A photovoltaic panel which generates electricity from sunlight. By matching this with you power requirements it negates the need for regular battery replacement.

Power Management: A feature of some electrical appliances that turns off the power or switches the system to a low-power state when inactive.

Network: A group or system of interconnected devices.

Simultaneous multiple inputs: Connect and communicate between multiple sensors using different protocols such as SDI-12 and Modbus at the same time.

Dual SIM: A dual SIM device is one that holds two physical SIM cards. If signal from one provider is poor the system can automatically switch to another provider.

Antenna: An antenna is a transducer that converts radio frequency (RF) fields into alternating current or vice versa. An antenna is a vital component of any telemetry system.

Sealed lead acid batteries: A commonly available battery type that contains acid, it is a secondary cell which means that it is rechargeable. These batteries are sealed so the internal fluid cannot leak.  These batteries are virtually maintenance free and can be easily recycled.

Platform: A type of operating system such as Windows, Android, iOs

Linux: A family of free and open-source software operating systems built around the Linux kernel. Linux is a Unix clone. vanwaltDataHub uses a Linux board for its computing power.